Russian media is warning citizens to prepare for war – specifically, nuclear war – and ordering officials to prepare the nation’s bomb shelters and ensure that citizens have reviewed proper use of their gas masks.

“If it should one day, happen, everyone one of you should know where the nearest bomb shelter is,” said one newscaster on the state-run NTV television news channel. “It’s best to find out now.”

This past week Russia also announced a move to transfer nuclear-capable ballistic missiles to Kalininigrad, between Poland and Lithuania, its northern European enclave. The transfer places the missiles within striking distance of western European capitals.

Russia also test-fired three intercontinental ballistic missiles, and earlier this month announced it would hold joint “anti-terror” military drills with Egypt “in a desert environment.” Moscow is moving in to train with Egypt in military strategies, equipment and personnel and build a closer relationship Cairo, in a way similar to that in which it began with Syria years ago.

Moscow’s UN Ambassador Vitaly Churkin claimed that tensions are at their worst since 1973, but not as bad as they were during the 1973 Yom Kippur War. “Despite the fact that we have a serious disagreement, we are continuing [to work together] in other areas – sometimes successfully,” he told reporters this weekend. However, he added that the crisis has followed a list of conflicts between the Kremlin and the White House.

“It’s a lack of basic respect,” Churkin said, “and a lack of in-depth discussions on political issues.” Among the issues he cited were the recruitment of Ukraine and Georgia for membership in NAT, and the ousting of Ukraine President Viktor Yanukovych in 2014. All, he said, were incited by the United States.

The U.S., meanwhile, has said it is considering a cyber attack in retaliation for a Kremlin-backed cyber snoop into American elections, and an outright hack attack against electoral data banks and the Democratic National Headquarters. The Kremlin has warned that any such attack would be met with a “harsh response.”

A number of news analysts have said that relations between Moscow and Washington have reached their lowest point since the Cold War, in fact.

According to ABC News, Russia has conducted a nationwide civil defense drill since September that has involved some 40 million citizens, preparing them for a panoply of disasters that run the gamut of war scenarios, including nuclear fallout, and announced who would run the nation should war break out. One of the simulations involved that specific scenario, in fact.

American logic dictates that Russia would not run a civil defense drill for 40 million people for the fun of it. But Russian military analyst Pavel Felgenhauer, quoted by ABC News, says that all this is part of the grand show that may be necessary to inspire Russian lawmakers to raise a little cash for a decent military budget – which is up for renewal – when the economy is slow.

“Tensions are going to rise and rise and rise,” he said. “The good news is, no one really wants a war. But it’s going to be a good show.” 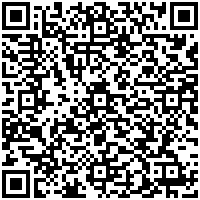