The Obama administration pledged its “full support” for Canada to “to hold those responsible” for Wednesday’s terrorist attack but told Israel “to maintain calm and avoid escalating tensions.”

The different reactions say in a nutshell everything you need to know how the United States is feeding what Foreign Minister Avigdor Lieberman called a “worldwide epidemic” of terrorism.

The Obama administration constantly maintains that if Israel simply would stop trying to survive as a Jewish state and hand over more than half of the country to the Palestinian Authority on an Islamic platter, there will no longer be a reason for Arab terrorists to exist.

When a terrorist attacks in Ottawa, U.S. Secretary of State John Kerry says, “We will continue to work closely with our Canadian colleagues to ensure the safety of all our people, and together to counter violent extremism in North America and elsewhere around the world.”

When a terrorist attacks in Jerusalem, Kerry does not even bother to put his name on the press release. He dictates to Spokeswoman Jen Psaki to say, “We urge all sides to maintain calm and avoid escalating tensions in the wake of this incident.”

The United States condemned both attacks, of course.

“We condemn today’s heinous and evil attacks in Ottawa, seemingly aimed at the heart of the federal government itself. The United States has faced this kind of violence firsthand on our own soil, and we grieve with Canada, seared by the memory of our own painful experiences,” Kerry stated.

He even picked up the phone to speak with Canadian Foreign Minister Baird “to express our deepest condolences on this tragic day, and to pledge the full support of the United States to Canada as it works to determine the facts and to hold those accountable responsible.”

In response to the murder of a three-month-old baby, an American-Israeli, Psaki stated, “The United States condemns in the strongest possible terms today’s terrorist attack in Jerusalem. We express our deepest condolences to the family of the baby, reportedly an American citizen, who was killed in this despicable attack, and extend our prayers for a full recovery to those injured.

“We urge all sides to maintain calm and avoid escalating tensions in the wake of this incident.”

That’s it. No support for the Israeli government “to determine the facts and to hold those accountable responsible.”

No statement that the United States “will continue to work closely with our Israeli colleagues to ensure the safety of all our people, and together to counter violent extremism in North America and elsewhere around the world.”

The United States did not call on “all sides” in Canada “to maintain calm and avoid escalating tensions.”

The State Dept. simply cannot condemn terror in Israel without sticking a knife in the victims’ backs.

“Maintain calm and avoid escalating tensions?” What does that mean?

It means, “Don’t get tough with terrorists. Let’s talk about it. Let’s agree that if the Palestinian Authority would be established as a country in place of Judea, Samaria and half of Jerusalem, including the Jewish Quarter, terror would go away, just like it went away when Israel expelled every last Jew and withdrew every Israeli soldier from Gush Katif and northern Gaza nine years ago.

Oh, were there a few thousand missiles attacks from Gaza on Israel since then? No worry. There now is a cease-fire while Hamas re-arms.

“Maintain calm and avoid escalating tensions” – is that what the Obama would have said if the terrorist had struck in Washington?

And want is this “all sides” business?

Official Palestinian Authority media day in and day out educate Arabs that every inch of the Land of Israel will be Palestine and incite youth to “resist” by becoming martyrs. So how does Psaki come up with this shpiel for “all sides to maintain calm.”

Who Is A Jewish Leader? 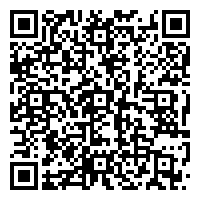