Alert Israeli soldiers shot and killed a Palestinian Authority terrorist near Hebron early Sunday afternoon as he tried to stab troops at the same area where a similar attack occurred last week.

Today’s attack during a riot near the intersection of Beit Anoon, immediately north of Hebron, and Highway 60, which links Kiryat Arab-Hebron with Gush Etzion and Jerusalem.

Last week, several hundred feet inside Beit Hanoon, another Arab terrorist seriously wounded a soldier with knife wounds in his throat and neck before he was shot and killed.

The soldier is recovering and now is out of danger. 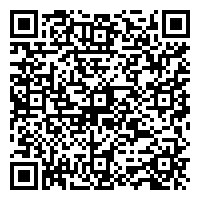