This morning’ shooting attack on an IDF soldier was carried out by none other than an intelligence officer for the Palestinian Authority.

The terrorist opened fire at the Hizme checkpoint at the entrance to northern Jerusalem, lightly wounding one soldier. An Arab bystander suffered serious wounds in the crossfire.

Soldiers at the checkpoint killed the Palestinian Authority intelligence officer/terrorist, who was part of the PA “preventive security service.”

He was identified as Mazen Hassan Aribah, father of four and from the eastern Jerusalem neighborhood of Abu Dis, a hotbed of terror.

The IDF and the Palestinian Authority coordinate in the area of security, for the benefit for the endangered Abbas regime as much as for the protection of Israelis.

Neither the Palestinian Authority nor the IDF has commented on the incident, which blows a big hole in the idea that the PA has vetted out terrorists, especially from its force that is supposed to prevent terror. 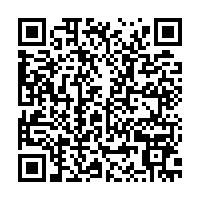