There’s a battle going on for the soul of Jerusalem.

On one side of the battle is First Station, the refurbished, formerly abandoned, old Jerusalem train station, which was converted into an open mall and cultural center.

When First Station first opened it had only one kosher restaurant, and it still promotes itself as being open 7 days a week for food, entertainment and culture.

Interestingly enough, since its opening, and despite efforts to be the bastion of secular culture in Jerusalem, Jerusalem economics have had their say, and I’d estimate that by now, at least half the restaurants have gone kosher, and some even Mehadrin. Personally, I recommend you try Station 9, a Chinese restaurant which serves egg rolls that rivals even those of Forest Hills’ Chosen Garden.

On the other side of the battle is Jerusalem’s Cinema City.

I had the opportunity to visit it for the first time two months ago, and without a doubt, aesthetically it far surpasses anything Tel Aviv of the central region has to offer.

And to top it all off, all the restaurants and food are kosher, and the stores and theaters are all closed on Shabbat. Who could ask for more?

There are some who are fighting to force Cinema City to be open on Shabbat. Secular protesters even went as far as taking it to the Supreme Court, which eventually ruled Cinema City must be closed on Shabbat, as it is built on public land, leased from the city.

With the hustle and bustle I saw going on in the movies and the restaurants, they clearly aren’t hurting for taking off the Day of Rest. Kol HaKavod, as they say. I personally hope it stays that way.

Cinema City combines some 18 theaters with a capacity of around 2500 seats, including 2 VIP theaters and lounges. Each theater is designed with its own movie theme.

The mall inside is simply astounding. It’s spacious and decorated with movie themes everywhere, there’s plenty of parking, and even the parking lot has movie theme decorations.

I went in and checked out every single restaurant. They’re clean, they’re gorgeous. Even branches that aren’t kosher anywhere else, are kosher here. And they have some very high end restaurants hidden away on the upper floors. Its worth it to walk around. And while they probably aren’t going to the movies, there are plenty of Hareidi Jews eating in the restaurants.

A few weeks ago, I received a phone call from Simmy Allen, Cinema City’s International Marketing and Events Coordinator. He offered to take my family and me on a private tour of the new “Bible City” on the top floor of the center.

Taking the elevator up past the huge mural of Moses, you arrive in an outdoor museum with life-size replications of 60 different scenes from the Tanach (Bible), along with a full-size Noah’s ark, which will eventually double as another movie theater and hall for a Torah related film they are putting together.

The kids loved it. It kept them busy all afternoon, which was great for me.

Simi was telling me (since that was the real purpose of his invitation and tour) that Cinema City actually doubles as a party, conference and convention center.

All the different themed movie theaters can be rented out for seminars, conferences or parties, and if you want, you can select whatever movie you want to see. The largest theater holds almost 500 people, and you can project the podium speakers onto screens in the other theaters to handle the spillover.

There’s kosher catering for events (Mehadrin is an option too), from movie theater popcorn and soda to gourmet meals.

One of the big draws of “Bible City” is for Bar/Bat Mitzvahs, especially from overseas guests looking for the right venue.

Not only can the party or meal be held in one of the theaters or lounges, but Bible City then adds a Jewish theme to the whole event.

As I started this article off, it’s important to see in Jerusalem and Israel, fun, cultural and entertainment centers that respect Shabbat and Kashrut, despite the various unrelenting pressures on them violate those basic Jewish principles and traditions. Cinema City proves you don’t need to work on Shabbat to be a success.

Cinema City is located near the Foreign Ministry and opposite the Israeli Supreme Court. 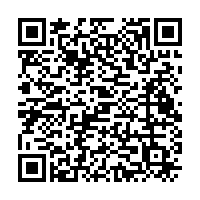