Just a few days after choosing to nominate Texas oilman and ExxonMobile CEO Rex Tillerson to become his Secretary of State, a spokesperson for President-elect Donald Trump says he’s still determined to move the U.S. Embassy in Israel from Tel Aviv to Jerusalem — a move that may rile many of America’s Arab allies and Tillerson’s former business colleagues in the region.

Many presidents have promised in the past to move the US Embassy to Israel’s capital, as American law requires and as so many American Jews hope to see. It’s great “vote bait” in the Jewish sector and a promise that when proclaimed at AIPAC (American-Israel Public Affairs Committee) annual conventions always wins a roar from the crowd.


But once presidents enter the White House, in the past things have always changed and instead a six-month presidential waiver is signed, claiming concerns to “national security.” In fact, outgoing President Barack Obama signed another one this month, extending the presence of the embassy in Tel Aviv at least until the middle of 2017.

But Republican campaign manager and senior Trump transition team adviser Kellyanne Conway replied to that question from JewishPress.com photojournalist DS Levi Thursday night, emphasizing that her boss has “made that promise and he has shown his commitment to that… particular, moving… the capital… to Jerusalem from Tel Aviv in Israel, but again, he can’t … he’s not going to do anything like that until he’s actually the president.”

Listening to the audio, one hears that Conway is speaking quickly, and it’s not clear which city she was referring to as Israel’s capital. However, in a November 2, 2016 joint statement issued by Jason Dov Greenblatt and David Friedman, co-chairs of the Israel Advisory Committee to Donald J. Trump, Number 16 on the list of campaign promises read as follows:

The U.S. will recognize Jerusalem as the eternal and indivisible capital of the Jewish state and Mr. Trump’s Administration will move the U.S. embassy to Jerusalem.

Conway quickly reasserted herself and after underlining the coming success of Mr. Trump’s 100-day plan once he enters the White House, she added, “When you’re a successful billionaire businessman, and brilliant real estate developer you can’t waste time thinking about it or having a commission or blaming other people. You’re in charge of the issue, you’re used to producing and delivering results. I know it’s very much on his mind. 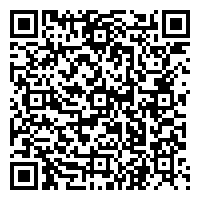