Turkey this week condemned a decision by the Israeli government to change the status of 400 hectares (988 acres) of land in Judea near the Gush Etzion community of Alon Shevut from “survey land” to “state land.”

The status change legally allows further development of the area, which originally was authorized for development as an IDF Nahal community by an Israeli cabinet decision in 1982. At that time, the community was called Geva’ot and began in 1984 but closed two years later. Nahal was followed by a host of small pre-fab houses which from 1986 to 1996 became the home of the Shevut Yisrael Yeshiva.

The land is located well within the area that is to remain under Israeli control no matter which which “two state” agreement is worked out with the Palestinian Authority, if by some miracle one ever is. For nearly half a century, the land has been under Jewish sovereignty and largely unoccupied.

The decision by Israel’s government on Sunday could potentially also unfreeze plans that were laid aside in 2012 for construction of 523 housing units on the site. It is located close to the bus stop where three Israeli teens were kidnapped and murdered by Hamas terrorists on June 12.

“We denounce Israel’s seizing land, which is aimed at building illegal settlements, in villages in the West Bank, the Turkish foreign ministry said in a written statement this week. “Israel’s decision to dispossess the largest scale of land in the West Bank for the last 30 years displays this country’s practices that violate international law on occupied Palestinian lands.”

Ankara added that it expected the decision to be reversed and warned Israel against taking steps that could harm the cease-fire with Gaza, which it said could “destroy grounds for lasting peace and the two state resolution,” according to the Turkish Hurriyet Daily News. 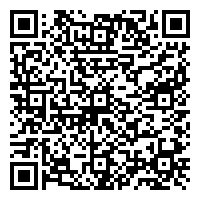