A new group of 235 immigrants from Ukraine landed this week at Ben Gurion Internation Airport. Many of them arrived still badly traumatized from their experiences over the past two years in war-torn areas of the former Soviet satellite.

Many have been homeless, wandering from town to town, ducking bullets and praying for safety. More than a few have found themselves in the middle of what is known as the “The Republic of Luhansk”, a separatist state established in eastern Ukraine by Pro-Russian separatist forces. It is now a battlefield between the two factions.


The new Israelis made the trip with special assistance from the International Fellowship of Christians and Jews. The organization is helping the new immigrants with grants of $1,000 for every adult and $500 per children. The group also paid for each new immigrant’s flight to Israel.

The flight was one of 28 that was arranged by the IFCJ in the past three months in order to bring new immigrants to Israel. On those flights were more than 4,000 new olim who came home to the Jewish State from places like Ukraine, France, South America and elsewhere.

The assistance came in additition to the regular benefits package provided to new immigrants by the State of Israel Ministry of Immigration and Absorption.

The youngest of the new olim is only six months old, and the oldest is age 95. They are set to live in 30 different cities across Israel, including Nahariya, Haifa, Netanya, Afula, Bat Yam, and Eilat. 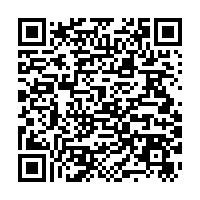