Josef Zisels, chairman of the Association of Jewish Communities and Organizations of Ukraine (VAAD), and several other prominent Ukrainian Jews have written a letter accusing Russian President Vladimir Putin of exaggerating the plight of Russian-speaking citizens (including Jews) under the newly established Ukrainian government, as well as exaggerating the need to protect those citizens as an excuse for an armed incursion into Crimea.

Referring to themselves as the “Jewish citizens of Ukraine” and “businessmen, managers, religious and public figures, scientists and scholars, artists and musicians,” the signatories challenge Putin’s assertion that Russia “wants to protect the rights of the Russian-speaking citizens of the Crimea and all of Ukraine and that these rights have been flouted by the current Ukrainian government.”


Several antisemitic incidents occurred throughout Ukraine since the beginning of the Maidan protests in November 2013, including the vandalism of a synagogue in the Crimean city of Simferopol last week and a Molotov cocktail attack on a Chabad center in Zaporozhye, but no evidence has been reported to prove that the incidents were intentionally instigated by any side of the ongoing political conflict in the country. The signatories challenge the assertion that antisemitism has risen in Ukraine.

“Your certainty of the growth of anti-Semitism in Ukraine also does not correspond to the actual facts,” they wrote. “They have tried to scare us (and are continuing their attempts) with ‘Bandera followers’ and ‘Fascists’ attempting to wrest away the helm of Ukrainian society, with imminent Jewish pogroms. Yes, we are well aware that the political opposition and the forces of social protests who have secured changes for the better are made up of different groups. They include nationalistic groups, but even the most marginal do not dare show antisemitism or other xenophobic behavior. And we certainly know that our very few nationalists are well-controlled by civil society and the new Ukrainian government—which is more than can be said for the Russian neo-Nazis, who are encouraged by your security services.”

“We have a great mutual understanding with the new government, and a partnership is in the works,” added the signatories, who called on Putin “not to intervene in internal Ukrainian affairs, to return the Russian-armed forces to their normal fixed peacetime location, and to stop encouraging pro-Russian separatism.”

Putin has broken his silence on the issue, defending Russia’s military incursion into Crimea as a humanitarian mission and describing Ukraine as a lawless country with militants “roaming the streets of Kiev.” Although he acknowledged that Ukrainians ousted their former president, Viktor Yanukovych, due to anger over corruption in his government, he said Ukraine is simply “replacing some cheats with others.”

Pompeo to Meet with Putin in Russia 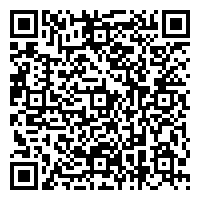