The UN continues to show its anti-Israel bias.

On Friday, the UN passed a General Assembly resolution demanding that Israel pay Lebanon $850 million dollars. The resolution is non-binding.


In 2006, Hezbollah, who have been members of the Lebanese government since 2005, sent soldiers into Israel, kidnapped two IDF soldiers, and killed three more.

Israel retaliated for the attack from Lebanon, and attempted to rescue the kidnapped soldiers, and thus began the Second Lebanon war.

165 Israelis were killed in that war.

During the Second Lebanon war, Israel hit a Lebanese power station causing 15,000 tons of oil to spill into the Mediterranean Sea.

Initially the UN estimated the clean cost was $65 million. Israel cooperated with international organizations to help with the clean up.

Hezbollah’s attacks, besides resulting in 165 dead Israelis, destroyed 16,500 acres (67 square kilometers) of forests and grazing fields. The JNF estimated it would take 50-60 years to restore all the forests.

No word yet, on when the UN will pass a resolution demanding Lebanon pay for the damages from the war they started – proving once again, the UN is nothing more than a bad joke. 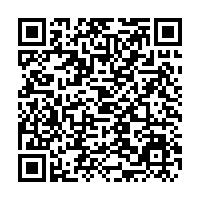