The annual assembly of the UN’s World Health Organization today adopted a resolution criticizing Israel — in the organization’s only debate on a specific country — with Syria protesting “inhuman Israeli practices” that target “the health of Syrian citizens.” Click here for links to documents.

The WHO resolution against Israel was not yet published, but was likely a copy of last year’s condemnation.


Observers of the world body in Geneva said the annual hypocrisy nevertheless reached a new low this year.

“To see the Assad regime point the finger at Israel out of professed concern for the health of Syrians is, frankly, a sick joke,” said Hillel Neuer, executive director of the Geneva-based UN Watch, a non-governmental monitoring group accredited to the UN.

“They’ve slaughtered 80,000 of their own people, and are now busy destroying the lives of millions more. The real question is this: Why is the UN allowing mass murderers to deflect attention from their crimes by scapegoating democracies?”

“A world health assembly should be about Hippocrates, not hypocrisy,” said Neuer.

Syria’s report expressed concern that “the health conditions of the Syrian population in the occupied Golan continue to deteriorate, as a result of the suppressive practices of the Israeli occupation.”

Out of 25 agenda items on the WHO’s conference agenda, all but one address global themes.

The exception, today’s Item No. 20 — entitled “Health conditions in the occupied Palestinian territory, including east Jerusalem, and in the occupied Syrian Golan” — turned a spotlight on one specific country: Israel. No other country in the world — not Mexico, Russia, Syria, or anywhere else — is treated this way.

Despite what’s being said at the UN, the Palestinians’ own health minister recently acknowledged Israel’s extensive medical care for Palestinian children and its training of Palestinian doctors.

The UN debate also failed to mention that only last week, an Israeli hospital saved the life of a four-year-old Syrian girl, in a successful operation for a deadly heart condition. 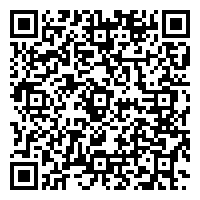