Another United Nations investigation is about to probe Israel’s involvement in a death among Arab attackers … uh, that is … the panel will probe the death of a UNIFIL soldier in Lebanon while Hezbollah was attacking Israel.

This will be the second such “independent” panel investigating Israel’s role in defending itself from attacks initiated against its citizens.


Currently the UN Human Rights Council is continuing its efforts to “investigate” claims that Israel Defense Forces committed crimes against humanity and war crimes in Gaza during the counter terror war to silence the incessant rocket fire being fired against Israeli civilians in the south.

Professor William Schabas was replaced this week with Mary McGowan Davis, a member of the team that produced the notorious Goldstone Report, after resigning his role as leader of the anti-Israel probe of Israel’s counter terror war against Gaza’s ruling Hamas group and allied terrorists. Although Schabas was known to have an open bias against Israel, it was still a surprise to many when he revealed in his resignation letter that he had actually worked as a consultant for the Palestine Liberation Organization (PLO) in the past.

The “independent panel” to be appointed by the UN is specifically tasked with investigating the death of a soldier from Spain, a member of the UNIFIL contingent operating in southern Lebanon since November 2014.

Spain last week said it was Israeli artillery that was responsible for the death of its soldier, which took place during an exchange of gunfire that followed an attack launched by Hezbollah on an unprotected convoy traveling near the northern border in Israel.

The terrorists fired six Kornet anti-tank missiles at two unarmored jeeps and two civilian vehicles on Israel’s side of the border. The two army jeeps were incinerated instantly. Two soldiers died and seven others were wounded. One of the missiles went astray and struck a civilian home in the border town of Ghajar, destroying it as well.

UNIFIL was tasked with monitoring the ceasefire that ended the 2006 Second Lebanon War between Israel and Hezbollah and seeing to it that the terrorists did not receive any more arms, among other assignments. It has failed miserably at its assignment, perhaps deliberately. After all, it is easier to deal with disappointed Israelis than to face a deadly threat from Iran and Hezbollah terrorists.

Hezbollah thus now boasts of an arsenal of more than 100,00 lethal rockets and missiles of varying ranges which it has received from Syria and Iran, an array of ordnance any modern army could admire.

As a result, Hezbollah has a free hand in Lebanon. Last week the terror group launched its multi-prong attack on innocent northern Israeli civilians and soldiers traveling in a convoy; such attacks in the past have led to bitter wars. This one was clearly aimed at an attempt to kidnap at least one of the travelers if possible. What should Israel have done, if not defend its people and fire back at the source of missile fire?

When a UNIFIL soldier was hit in the crossfire after Hezbollah launched the attack, how does Israel become responsible for that death?

More to the point, what was a UNIFIL soldier doing in such close proximity to a Hezbollah position?

Methinks the lady doth protest too much…. 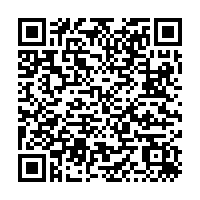