Iran was elected to a top post on the UN Arms Trade Treaty conference, UN Watch revealed on Sunday. The Geneva-based human rights group is calling on UN chief Ban Ki-moon, who addressed the conference on the same day, to condemn the selection of the Tehran regime.

“Right after a UN Security Council report found Iran guilty of illegally transferring guns and bombs to Syria, which is now murdering thousands of its own people, it defies logic, morality and common sense for the UN to now elect this same regime to a global post regulating the transfer of guns and bombs,” said Hillel Neuer, executive director of UN Watch, a non-governmental monitoring group based in Geneva.


“This is like choosing Bernie Madoff to police fraud on the stock market. And the U.N.’s scandalous choice of Iran is exactly why we fear that Syria’s declared bid for a U.N. Human Rights Council seat is not impossible.”

Although the U.N. conference website and summary fail to name the 15 members elected to the bureau on July 3rd, UN Watch has discovered that the countries elected to the five regional groups include Iran, Japan, and South Korea for the Asian group; Kenya, Egypt and Nigeria for Africa; Azerbaijan, Belarus, and Ukraine for Eastern Europe; Australia, Netherlands and Switzerland for the Western Europe & Others Group; and Mexico and two others for Latin America.

The United Nations Conference on the Arms Trade Treaty, which opened last week and runs until July 27, promises to deliver a new agreement to regulate the transfer of arms.

UN Watch called on UN Secretary-General Ban Ki-moon, who addressed the conference on the same day as the election, to condemn the decision to give Iran a position of responsibility in regulating the arms trade.

“He should remind the conference that the Security Council has imposed four rounds of sanctions on Iran for refusing to halt its probited nuclear program, and that Iran continues to defy the international community through illegal arms shipments to the murderous Assad regime,” said Neuer. 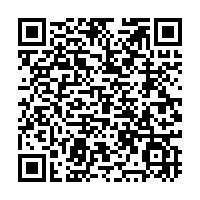