The 140 participants on the “Remember Hevron!” tour were mostly English speakers, who came from cities across Israel with major Anglo populations, including Jerusalem, Ra’anana, Tel Aviv, and Modi’in. For 50 shekels (45 for Jerusalemites) they got to take a luxury bus for a tour of Hebron organized by Likud Anglos and Young Likud, and give “a show of support for the Jewish community of Hebron and Jewish settlement in all the Land of Israel!” (exclamation point in the original email).

Back in January, 1997, then Likud Prime Minister Benjamin Netanyahu co-signed an agreement with PLO Chairman Yasser Arafat to redeploy the IDF in Hebron in accordance with the “Interim Agreement on the West Bank and the Gaza Strip,” the “Oslo II” of September 1995. As a result, Jews have been barred from most of the city of Hebron, with signs that actually read “No Jews allowed.”


But that was then, and now is now, and Likud Anglos executive director Daniel Tauber called on a group of 140 participants in the tour of Hebron to support the Likud, as part of their commitment to the Land of Israel and the State of Israel.

Tauber cited the example of the Jewish patriarchs who laid the roots for the Jewish claim to the country in order to further a vision that would not be realized for hundreds of years.

“Just as the Avot (Forefathers) took steps to secure our right to the Land of Israel and to build the nation, such as purchasing this place (Cave of the Patriarchs); digging wells; fighting in wars; making treaties with local powers of the time—all for future generations—we, too, must consider not only current events and emotions, but the distant future, for the sake of the next generation, and the generations after.”

Tell that to the residents of Machpela House, evicted by Netanyahu’s defense minister Ehud Barak despite the fact that, much like our patriarch Abraham, they have the papers to show that the purchase was on the up and up.

Tauber also cited the example of Likud Prime Minister Yitzchak Shamir, who passed away a week prior. Shamir spent decades in the political opposition, even in exile, before becoming Speaker of the Knesset, Foreign Minister and then Prime Minister of the State of Israel. Shamir once remarked that “it was only natural” for people such as him and his predecessor Menachem Begin to come to power, even after all those years, because the truth was on their side.

And if the Anglos on the bus had read the weekend papers, virtually all of them mentioned how Shamir thought—and said it in so many words—that Netanyahu was a poor choice for prime minister (Haaretz). George H. W. Bush’s Secretary of State James Baker recalled Shamir calling Bibi “squishy” and “too soft” (Arutz 7).

Omri Akunis, a coordinator for Young Likud who helped organize the tour but was not able to attend, said that organizing the tour “places an emphasis on Jewish heritage and history and our right to the Land of Israel” and “the clear connection between future generations and the historic Land of Israel.”

Omri’s brother, MK Ofir Akunis, was unable to talk Netanyahu into agreeing to a law that would have prevented the need to uproot the residents of Ulpana Hill in Beit El.

Speaking later to the Jewish Press, Wilder, reiterated his call on Likud Anglos to represent the interests of Jewish settlements in Netanyahu’s Likud. He also expressed his hope that the report of the Levy committee will speed the process of legitimizing Jewish ownership over legally purchased properties, such as the Machpela House—evicted by Netanyahu’s Minister of Defense.

Likud Anglos was founded in 2007 by Ari Harow and managed by Shalom Helman and Sonia Graham, with the support and encouragement of Benjamin Netanyahu. 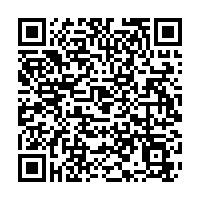