The United Nations Relief and Works Agency (UNRWA) announced Sunday it was suspending a senior employee in Gaza after discovering he was an active member of the ruling Hamas terrorist organization.

Israeli officials warned UNRWA earlier Sunday of the status of the employee, Suhail al-Hindi, pointing out that he was “chosen as a senior Hamas member from Jabalya in northern Gaza,” according to the Coordinator of Government Activities in the Territories (COGAT), the Israeli military agency responsible for civilian affairs in the Palestinian Authority areas.


The COGAT added that al-Hindi “also holds positions as both the chairman of the Association of Palestinian Workers of UNRWA since 2012, and as an elementary school principal in the Gaza Strip. Due to the severity of the situation, the head of COGAT, Maj.-Gen. Yoav Mordechai called on UNRWA to terminate al-Hindi immediately.”

UNRWA spokesperson Chris Gunness was quoted by AFP news agency as saying that before the notification from the COGAT, “and in light of our ongoing independent internal investigation, we had been presented with substantial information from a number of sources which led us to take the decision this afternoon to suspend Suhail al-Hindi pending the outcome of our investigation.” 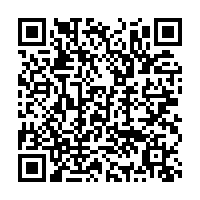