At last, the violent rallies against the U.S. embassy in Cairo, in reaction to an anti-Islam video, and Egypt’s laxidasical efforts to defend American assets, have yielded a real result: talks about $1 billion in debt relief and millions more in aid to Egypt are suspended, according to U.S. officials who spoke to the Washington Post on the condition of anonymity.

It took Egypt’s Muslim Brotherhood president Mohamed Morsi more than 48 hours to condemn the breach of the US embassy premises in Cairo and the removal of the American flag.


There will not be new aid approved for Egypt until after the November elections, and talks intended to ease to payment of funds that have already been approved are stalled, the officials said.

But the same officials added that the delays are temporary and do not represent a reevaluation of U.S. aid to Egypt.

“Folks are going to wait and see how things materialize both with the protests and on Capitol Hill,” one congressional aide told the Post.

The U.S. annual aid to Egypt comes to about $1.6 billion, and the Obama Administration was fully prepared to continue providing this aid, despite the election of a new government in Egypt run by the Muslim Brotherhood. Indeed, President Obama has proposed an additional $1 billion in debt relief for Egypt, whose debt to America stands at about $3 billion.

Egypt is the second largest recipient of U.S. aid after Israel, since 1979. Of the $1.6 billion it receives, more than $1.3 billion goes to military aid.

The major hurdle in the path of U.S. funds to Egypt is the Republican House of Representatives which last year attached conditions to U.S. aid, most notably a requirement that the State Department certify that Egypt is abiding by its peace treaty with Israel.

Several Congress members have been proposing additional conditions. And there’s been some pushback on the part of the State Department. For instance: this week, Rep. Ileana Ros-Lehtinen, who chairs the House Foreign Affairs Committee, wanted to hold a hearing on U.S. relations with Egypt, but it was canceled because the State Department refused to send witnesses. DOS instead offered a private briefing for lawmakers, a congressional aide told Reuters.

State Department spokeswoman Victoria Nuland attempted to paint with pastel colors that clash of wills between Republican Congress Members and Hillary’s DOS: “We are continuing to work with the Hill on the support that we think is important to support those very forces of moderation, change, democracy, openness in Egypt that are very important for defeating extremism of the kind that we saw,” she said on Monday.

According to Nuland, Secretary of State Hillary Rodham Clinton would appear before Congress in person soon regarding U.S. aid to the Muslim-Brothers run Egypt and all the other painful realities exposed by the violent protests.

According to the Washington Post, American and Egyptian officials were in the final stages of negotiating hundreds of millions of dollars in aid just as the protests exploded outside the embassy and American flags were being set on fire.

And a delegation of 120 U.S. business leaders was in Cairo at the same time as well, as the State Department was trying to encourage foreign investment in Egypt.

Here is an excerpt from the State Dept. Monday briefing regarding the U.S. and Egypt:

QUESTION: On Egypt, you said the Egyptians have been cooperative in providing the additional security you requested. Can you talk a little bit more broadly about what the contact with the Egyptians has been like over the last few days? And what is the status of the discussions about delivery of aid? Has that been affected at all? 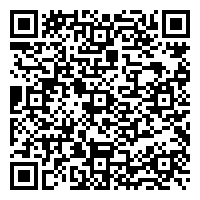