As Palestinian Authority officials continue to incite their population and Arab terrorists rev up for what they hope will be a third “intifada” last night a mouthpiece for the Obama Administration has lit his own fuse on the internet.


Goldberg wrote that the comment was “representative of the gloves-off manner in which American and Israeli officials now talk about each other behind closed doors” and “yet another sign that relations between the Obama and Netanyahu governments have moved toward a full-blown crisis.”

I say it’s all hogwash, kashruth and halal notwithstanding.

On June 4, 2009 – just six months after entering the White House – Israel independently rated a grand total of just four sentences in a landmark hour-long speech delivered by President Barack Obama from Cairo. Of the four, one sentence contained a major inaccuracy.

The reference was to America’s “unbreakable” bond with Israel, which Obama insisted was based upon “cultural and historical ties, and the recognition that the aspiration for a Jewish homeland is rooted in a tragic history that cannot be denied.”  (ed. note: italics added for emphasis)

It’s not, and if Obama knew his Qur’an as well he claims to know to, and as well as he allegedly knows his Bible as a Christian – which perhaps he may not – he would know that last is patently untrue.

Yesterday before this brouhaha began Israel’s President Reuven Rivlin revisited this very same issue as he inaugurated a new Museum of History of Polish Jewry in Warsaw, at the invitation of Poland’s President Bronislaw Komorowski. The two men stood together as Rivlin spoke of Jewish history.

To be perfectly politically incorrect, Israel is the Jewish homeland because it was granted by Almighty God Himself to His Chosen People. Period, full stop. Read the Old Testament. It’s there in black and white.

Even observant Muslims know it, those who have studied their Qur’an. The passages are quoted often by those Muslim leaders who do truly understand the meaning of coexistence and peace, and even at times by those who don’t.

(Sura 5:20) “And when Moses said to his people, ‘O my people, remember the favor of Allah upon you when He appointed among you prophets and made you possessors and gave you that which He had not given anyone among the worlds.’”

(Sura 5:21) “O my people, enter the Holy Land which Allah has assigned to you and do not turn back [from fighting in Allah’s cause] and [thus] become losers.”

Clearly Obama’s speech writers were not among these well-educated people, nor did he correct them. Perhaps he was unable to, perhaps he didn’t notice.

But his priorities vis a vis Israel were made equally clear in the fact that every other reference to the Jewish State in his Cairo speech was made solely in relation to its relations with the Palestinian Authority and the Arab world.

Obama’s scorn for Israel — and in particular, for its leader — has never really been a particularly well-kept secret.

Barely a year after Obama first entered the White House, Prime Minister Binyamin Netanyahu was treated to a taste of that disdain. In 2010 America’s first black president suddenly left Israel’s top leader “on hold” in the Oval Office in a breathtakingly rude manner during an exchange over Obama’s demands that Israel cease building in Jerusalem. 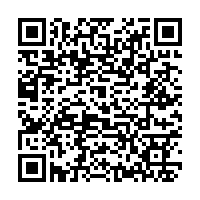