They say a picture is worth a thousand words. In the same vein, plainly-stated, simple facts speak louder than a thousand scholarly articles by top political “analysts.” So, here goes: in the view of the current United States administration, Hamas’ participation in the Palestinian Authority government is legitimate. Building permits for Jews in Judea and Samaria are criminal.

In many ways, Washington’s stance on the current Israel-Palestinian diplomatic dustup illustrates the failure of President Obama’s foreign policy on a host of issues, particularly in the Middle East. Obama won election in 2008 calling for “changes” to America’s domestic and foreign policies, saying he would be prepared to talk to the government of Iran and promising to “re-brand” American foreign policy after the aggressive, “you’re-with-us-or-against-us” approach of George W. Bush.


In that vein, the president’s June, 2009 speech at Cairo University calling for a “re-set” of America’s relations with the Muslim world was hailed as a breakthrough moment: The president spoke passionately about the “dignity and peace” that many people find in their Muslim faith, quoted the “holy Koran” and called for a ”new beginning between the United States and Muslims around the world, one based upon mutual interest and mutual respect.

However, it quickly became clear that Obama lacked either the understanding or the conviction to redefine America-Muslim relations in a way that would be consistent with democratic principles and supportive of American political interests in the region.

The first challenge to Obama’s offer for a new beginning came quickly: Eight days after the president appeared in Cairo on June 5, 2009, mass protests broke out around Iran as young people claimed that Mahmoud Ahmedinejad and the mullahs of the Islamic Revolution had falsified election results. The government response was brutal: Several people were killed, hundreds were imprisoned.

But dissident groups both in- and out of Iran were stunned when Mr Obama, then-Secretary of State Hilary Clinton, Vice President Joe Biden and other American officials remained silent. Eventually the protests were quashed; several participants were hanged, included a 45-year-old mother of two who held dual nationality between the Netherlands and Iran.

The second challenge to Obama’s offer to re-define American-Muslim relations came a year-and-a-half later, in December, 2010 and continues to this day. For the second time in his presidency, pro-democracy demonstrations broke out in the Middle East, this time around the Arab world. Again, however, the protests caught the US administration by surprise. This time, the protests presented a challenge to US interests: thousands of people calling for the ouster of US-backed dictators, versus the unappetising alternative of a likely radical Islamist takeover were truly democratic elections to be held.

Obama’s own Cairo speech could have given the president guidance on how to react to the protests – “government of the people and by the people sets a single standard for all who hold power: you must maintain your power through consent, not coercion; you must respect the rights of minorities, and participate with a spirit of tolerance and compromise; you must place the interests of your people and the legitimate workings of the political process above your party. Without these ingredients, elections alone do not make true democracy,” the president said in 2009.

Instead, Obama chose to throw his support behind radical governments like Mohammed Morsi in Egypt. Rather than announcing that American aid would be tied to the clear maintenance of liberty for opposition and minority groups, Morsi enjoyed Washington’s full support for the year he was in office. Eventually, it took a military coup, rather than public pressure from Washington, to oust the Moslem Brotherhood. 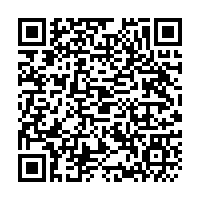