The same U.S. State Dept. that is condemning Israel’s policy of demolishing Palestinian Authority terrorists’ homes sanctions the same destruction by Egypt of hundreds of civilians’ homes in the Sinai.

State Dept. spokeswoman Jen Psaki on Thursday said it was “counterproductive” for Israel to demolish the homes of terrorists.


When asked Friday about Egypt’s al-Sisi regime’s demolitions of Sinai homes, whose owners’ only crime was living in an area that Egypt wants as a buffer zone with Gaza, she condoned Egypt’s action.

“There have been some serious security challenges in the Sinai,” Psaki said. “We respect Egypt’s concern about their security in the area and support its right to self-defense. We also expect that they will ensure the rights of those being displaced are respected and that they are adequately compensated. That continues to be what we have conveyed to the Egyptians.”

And how about Israel’s right to self-defense?

“So you don’t regard that as being counterproductive to the cause of peace or fighting extremism, these home demolitions?” in the Sinai, asked Associated Press reporter Matt Lee. “You would not argue that – I mean, you say that there are serious security problems in the Sinai for the Egyptians. Are there not also serious security concerns and security problems for the Israelis?…

Psaki dug up the expired “borders’ argument, to wit:

We believe it’s counterproductive to their stated goals. In Egypt, we understand their concerns about their security. We’ve seen recent threats to that in the Sinai, as you all have reported on. I think I’m going to leave it at that. They’re different scenarios.”

No, no, Madame Psaki, you may not leave it at that.

She is explicitly saying that since the Obama administration backs the Palestinian Authority claim that half of Jerusalem belongs to a country that does not exist, Israel does not have the right to try to deter terror by tearing down the homes of a terrorist who killed an American-Israeli baby in a vehicle terror attack at a Jerusalem light rail station last month.

She is saying Israel may not send a warning to future terrorists by destroying the home of the attempted murderer who last month shot at point-blank range Rabbi Yehuda Glick for wanting the right for Jews to pray on the Temple Mount.

Psaki is explicitly saying that Egypt has the right to tear down not one home, and not dozens of homes but hundreds of homes of civilians – not terrorists – in Sinai because it is an act of self-defense. In Israel it is “counterproductive.”

Thousands of people on the Egyptian side of Rafah were displaced three weeks ago when the Egyptian army dynamited their homes to create the buffer zone that Egypt hopes will help put a stop to the surge of weapons and terrorists into the Sinai from Hamas-controlled Gaza.

The difference between Israel and Egypt, according to the Obama administration, is that Israel has no right to deter terror if terrorists are killing Jews because of the assumed motive of securing borders for the Palestinian Authority and which Washington has pre-determined and which preclude negotiations that the same Obama administration tries to make believe exist. 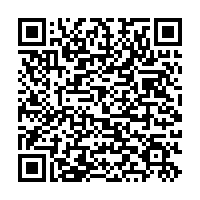