The U.S. State Department has attacked its ally, Israel, for returning fire in combat when Hamas and allied terrorists shelled its soldiers or fired rockets at Israeli civilians from within and around UNWRA facilities.

It is standard military practice that American own troops have carried out thousands of times in Afghanistan, Mosul and elsewhere around the world without ever issuing even one leaflet of warning to the population, let alone a phone call requesting residents to leave.


The buildings under discussion are owned by the United Nations Works and Relief Agency (UNRWA) and were sheltering Gazans who were displaced by the combat initiated by Hamas. The situation made a very juicy, deliberate photo op for the terrorists, as noted in the terrorist training manual captured earlier in the summer by the IDF.

The terrorists were exploiting the United Nations facilities as rocket launching sites and in some cases, as weapons storage facilities, and were operating very close to the buildings where the Gaza civilians were staying, in a deliberate and cynical use of human shields. All this has been documented.

And all of which seemingly has been ignored by the State Department, which scored Israel for returning fire to the source of attacks on its civilians and soldiers.

State Department spokesperson Marie Harf told reporters at a briefing this past Thursday, “We were horrified by the strikes that hit UNWRA facilities.”

As a matter of fact, it is not at all clear that any Israeli shells actually hit UNRWA facilities while they were occupied. There is satellite imagery and video documentation that the buildings were empty at the time that a single Israeli shell struck an UNWRA building.

Other shells that struck around UNRWA buildings and in a courtyard and were aimed directly with surgical precision at the terrorists who were being targeted precisely because they were firing rockets at Israeli civilians, and at Israeli soldiers.

None of which apparently mattered to the United States, even though the use of human shields does not preclude the legal right to wage war against a legitimate military target in international law.

“The suspicion that militants are operating nearby does not justify strikes that put at risk the lives of so many innocent civilians,” Harf said. “Israeli authorities say they’re investigating. We expect these to be investigated thoroughly and promptly, and we’ll continue pushing them to do so.”

A bit hostile for a representative of a nation that bills itself as Israel’s “greatest friend in the world,” no? She’s starting to sound a lot more like a few other leaders we could name, none of whom are friends of Israel these days.

Harf’s remarks followed a report issued earlier in the day by the Human Rights Watch organization, which has accused Israel of committing war crimes with “indiscriminate targeting of civilians” at three UNRWA schools — without offering evidence to back up its claims, of course. 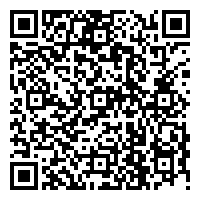