The U.S. State Dept. has strongly attacked the International Criminal Court (ICC) for opening a probe of alleged Israeli war comes and left open the question whether the ICC even has the a right to conduct a probe of last year’s war with Hamas.

The State Dept. called the ICC announcement a “tragic irony,” a statement that was further bolstered by praise for the ICC decision by Hamas, which may find itself under the ICC microscope.

We strongly disagree with the ICC Prosecutor’s action today. As we have said repeatedly, we do not believe that Palestine is a state and therefore we do not believe that it is eligible to join the ICC. It is a tragic irony that Israel, which has withstood thousands of terrorist rockets fired at its civilians and its neighborhoods, is now being scrutinized by the ICC.

We don’t think that the Palestinians have established a state, and we don’t think they’re eligible to join the International Criminal Court. I would highlight that many other countries share this view.

Prime Minister Binyamin Netanyahu spoke with Sec. of State John Kerry Friday and asked him to intervene against the ICC on behalf of Israel

Hamas was thrilled by the ICC decision and declared on Saturday, “We are ready to provide (the court) with thousands of reports and documents that confirm the Zionist enemy has committed horrible crimes against Gaza and against our people.”

“Tragic irony” is an excellent definition of the ICC decision, which is even more astonishing since it apparently follows a complaint by the Palestinian Authority, which will not be a member of the ICC until April 1.

Technically, the ICC is off the hook of overreaching its authority.

The ICC got around this restriction by stating it is “examining” whether an investigation should be conducted, and it obviously cannot make a decision until April 1.

But how can the ICC examine alleged war crimes dating back to last year, when the Palestinian Authority did not even apply for ICC membership.

The ICC stated it will open its examination on alleged Israeli war crimes in last summers’ war with “full independence and impartiality.”

If so, it will have a hard time ignoring Hamas war crimes, which Israel documented day by day in the war, having learned to do so after the United Nations’ scathing Goldstone Report that barely mentioned Hamas’ war crimes in the three-week Operation Cast Lead counter-terrorist campaign in late December 2008 and early January 2009.

Prime Minister Netanyahu said that the ICC announcement of a preliminary examination as based on an “outrageous request” by the Palestinian Authority. 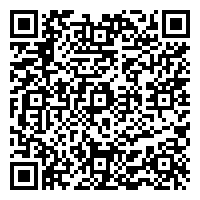