Israel was accused in the United Nations on Friday by Venezuela of preparing a ‘final solution’ for Arabs from the Palestinian Authority.’

Venezuela holds one of the ten rotating seats on the UN Security Council.

Ramirez was present at a meeting of the council where Michael Sfard, a member of the far-left Yesh Din organization, described ‘price tag’ attacks by Israelis against Arab targets and the response by law enforcement.

Sfard suggested that price tag attacks are an attempt by Jews to drive Arabs out of the country. Ramirez asked during his presentation whether the State of Israel had a similar agenda.

The comparison, drawing a link between Israel and Nazi Germany, drew immediate outrage from Israel’s Ambassador to the UN, Danny Danon.

“This statement by the Venezuelan ambassador is straightforward anti-Semitism against the Jewish state,” said Danon,” according to a statement by the Israeli mission to the UN. “His remarks are a direct continuation to the Palestinian representative’s statement a few days ago comparing Israel to the Nazis,” Danon said, adding the remarks were “unequivocally condemned” by the U.S., the UK and France.

Ramirez subsequently apologized to the “Jewish People if they were offended by the remarks,” according to the statement.

“The Palestinians are bringing anti-Semitism into the halls of the UN and are legitimizing racists and crass language in the parliament of nations,” Danon noted.

Last month Palestinian Authority representative to the UN Riyad Mansour drew a parallel between the Jewish resistance fighters during the Holocaust and the Arab attackers in the current wave of terror.

The attempt to compare the two was roundly condemned at the time by the Conference of Presidents of Major American Jewish Organizations as “offensive, hateful anti-Semitism.” 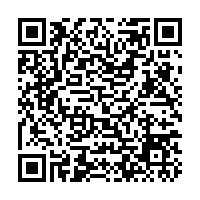