Delegates Dave A. LaRock and Mark L. Cole of the Virginia House of Delegates this week introduced a bill recognizing anti-Semitism as a form of unlawful discriminatory practice. Delegate LaRock, along with Delegate Cole, introduced the bill to the Virginia House, at which point it was referred to the Committee on General Laws.

A similar effort is being pursued on a national level. A bipartisan group, led by Sens. Tim Scott (R-S.C.) and Bob Casey (D-Pa.), introduced and passed the Anti-Semitism Awareness Act in the Senate in December. The Act assists the U.S. Department of Education’s Office for Civil Rights in determining whether an incident of harassment is motivated by anti-Semitism. It is awaiting reintroduction in the House of Representatives.

For Virginia, HB 2261 follows a number of anti-Semitic incidents on public university campuses across Virginia. Last year brought many occurrences of anti-Semitic graffiti at Virginia state schools. In November, the College of William and Mary found graffiti targeting Jewish students and staff in a residence hall bathroom. The graffiti contained the words “Go Trump” where the letter “T” was replaced by a swastika. In October, graffiti featuring Holocaust imagery was discovered at the University of Virginia. An orange Star of David with the word “Juden,” the German word for Jews, underneath it was spray painted on an off-campus student housing building. At Old Dominion University in March, multiple fliers portraying a swastika and Nazi-supporting message were posted on monorail poles between the Engineering Systems and Education Building. Text on the fliers read “Old Dominion University, You have been visited by The AtomWaffen Division. Join our Local Nazis.” At George Mason University, an anti-Israel activist reportedly threatened to “f*** up a Zionist,” another disparaged Jews as “Zionist terrorists,” while others said “Zionists are so ugly.”

If the bill is passed, Virginia state colleges would possess a better tool with which to combat discrimination against Jewish students. The schools would be able to do so without infringing upon students’ First Amendment right to free speech. HB 2261 is particularly careful to protect this constitutional right. Rather, the bill ensures that authorities consider the US Department of State’s definition of anti-Semitism when deciding whether an activity was motivated by anti-Semitic intent. In other words, HB 2261 guides authorities in determining if the intent of unprotected practices should be addressed with the anti-discrimination tools used to fight other forms of bigotry. The U.S. Supreme Court confirmed the constitutionality of this method in Wisconsin v. Mitchell by ruling that it is constitutional to consider the content of protected speech for the purpose of determining intent.

The bill, HB 2261, defines discrimination “because of religion” and “on the basis of religion” to include anti-Semitism, and calls on the board of visitors of public institutions of higher education to enact policies or regulations against discrimination, including anti-Semitism. When investigating alleged incidences of such unlawful discriminatory practice, authorities must consider the U.S. Department of State’s definition of anti-Semitism to determine if the violation was motivated by anti-Semitic intent.

Kenneth L. Marcus, President and General Counsel of the Louis D. Brandeis Center for Human Rights Under Law (LDB) praised Delegate LaRock, saying, “In light of increasing anti-Semitism on college campuses across the nation, and in Virginia especially, Delegate LaRock deserves much praise for his work in addressing this urgent issue. LaRock’s bill, if passed, will provide imperative legislative protections to combat bigotry.” 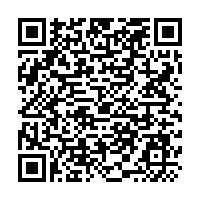