Congresswoman Kay Granger (R-Texas), who sits on the House Appropriations Committee, is very upset with President Obama’s last-Friday-in-office decision to send the Palestinian Authority $221 million, because Granger had placed a hold on it, because the PA had broken its commitment to the US and sought membership in international organizations, according to an early Wednesday PA report. Those Congressional holds are not legally binding, but they are part of the ongoing business between the Administration and the branch of the legislator which holds the purse strings. Like disgruntled office workers on their last day at work, Obama and Kerry broke that trust because they no longer had any business with this body.

So now President Trump’s State Department says it plans to review the rule-breaking decision to send $221 million to a Palestinian Authority that also breaks the rules, AP reports. On Tuesday, the department said it would make adjustments to in this unruly payment, to make sure it complies with its new priorities.


Dr. Jonathan Schanzer of the Foundation for Defense of Democracies told Business Insider that “Congress had been looking at various behaviors from Palestine — unilateral attempts at statehood, corruption, incitement of violence, and paying salaries to people in jail for terrorism — and that’s why the hold has been there.”

An earlier AP story reported that the Obama administration had been pressing Congress to release the money for a while, saying it was needed for humanitarian aid, political and security reforms, and “rule of law.”

The Palestinian Authority pays out an estimated $140 million a year to the families of suicide bombers and salaries to imprisoned terrorists, which is around 10% of their annual budget.

The wife of the Armon HaNatziv truck terrorist who killed 4 IDF soldiers will begin receiving a lifetime monthly pension of NIS 2800, and one-time bonus of NIS 6000 from the Palestinian Authority. 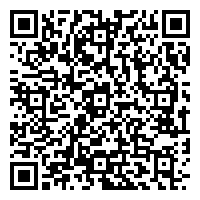