Three seconds passed from the moment the siren on the kibbutz went off to the moment of the mortar explosion on the kibbutz, which is located in the Sha’ar HaNegev Regional Council, home to 11,000 people. Daniel, who was fully trained knew to run to the safe room whenever the siren sounded according to his mom. Given the three seconds, he did not have enough time to make it to the family’s safe room. “He always rushed to the protected room,” said Daniel’s mother, Gila.


“The second the alarm sounded, he knew what to do and where to go. He would always run first and call his little brother to the shelter and then in a second it all ended.”

The family had been home at the time of mortar explosion and had been planning to leave to central Israel with their suitcases already packed when the rocket attack took place.

“Daniel was a beautiful, smart, sensitive boy. We wanted to watch him grow up with his brothers and fulfill himself,” said his mother.

The young boy, the first Israeli child victim of rockets during the current war, was buried at in the Hevel Shalom cemetery in the Eshkol Regional Council in the northern Negev at 9:00 AM today, where hundreds of people attended his funeral. His mother spoke at the ceremony, saying, “We were the happiest family in the world, and I just cannot come to grips with it.”

“We are with you in deep mourning,” said Alon Shuster, head of the Sha’ar Hanegev Regional Council at the funeral of Tragerman. “Here in this painful place, we are waiting for another day, a day where children can play in their yard and bomb shelters can be just another room. So many children made it to the bomb shelter and Daniel didn’t make it; we will do all that we can so that life will go on.”

Shuster also quoted the Talmud saying, “The land of Israel is acquired through suffering.”

“As a mother, this tragedy is shocking,” Orit Zadikevitch from nearby Kibbutz Kfar Aza told Tazpit News Agency. “When a mortar shell strikes our area, the distance that shrapnel pieces can reach is far and can be deadly,” she told Tazpit.

According to an Israeli army spokesperson, the mortar shell that killed Daniel was fired near a school used as a shelter in the Gaza Strip. 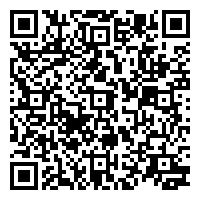