Police in Greater London arrested a Jew last week for scuffling with more than dozen demonstrators waving a Palestinian Authority flag and chanting anti-Semitic remarks outside a Jewish deli.

No one was injured in the incident at Flax’s Kosher Deli in the Borough of Bushey Heath, on the outskirts of London.


The only one who was arrested was the 47-year-old Jew, who along with other deli customers barged out of the store to confront the protesters.

Jewish man has been arrested in Bushey Heath after a fight involving socialists who produced Palestinian flags as they marched past a kosher deli.

Police investigators asserted that “no evidence was found that any race or religious hate crimes had occurred,” according to Britain’s JewishNews online website, but witnesses’ remarks indicate that the police investigation was not very thorough.

Among the “non-hate” remarks were, “Jews aren’t safe – we’re coming to get you.”

The demonstration was ostensibly a “March for Jobs” protest, with Palestinian Authority flags. The connection between unemployment and waving the PA flag outside a Jewish deli is not clear, unless the anti-Zionists were demanding that they work in the Kosher deli, assuming they understand Jewish dietary laws.

“That flag, in this area, with all that’s going on in the world in Gaza, it was bound to cause trouble.” said deli manager Mitchell Swillman. “ It escalated as they made their way down to Bushey village. From what I understand these guys were being quite anti-Semitic.”

The conclusion by police that there was not hate speech may explain why out of 240 anti-Semitic incidents registered last month, only 20 of them were followed up by an investigation or arrests.

London’s Community Security Trust (CST) blog stated, “The actual data is bad enough, but cannot convey the mood of the Jewish community, with many people telling us that they have never felt so bad, have been under such pressure, nor worried so much about what the future may hold.”

The Jews are worried. They sit and worry and come up with reasons why not to move to Israel.

Donna Rachel Edmunds, a councillor for Lewes District Council and founder and editor of UKIPDaily.com, wrote on her Breitbart.com, “I’ve lived my life entirely in the south east of England… As a libertarian, I’m proud to call thinkers such as Smith and Hume my fellow countrymen….

“I’ve never really thought of myself as being is an immigrant although technically I am – albeit second generation….Another label I’ve never meaningfully attached to myself is ‘Jewish’, although, again technically, I am.

“Yet I’ve never stepped foot inside a synagogue. I think I once took part in a Passover meal when I was very young, but other than that my mother made no real effort to educate my sister or myself on our Jewish roots. Our only tangible link to our maternal heritage is through soup: chicken noodle when we’re feeling ill; borscht when we want something filling….

“So I was as surprised as anyone when I found myself uttering six loaded words recently. And by ‘recently’ I don’t mean once, dropped into a passing conversation. I mean at least a dozen times, in a dozen such conversations over the past few weeks. Those words were “Maybe we should move to Israel….

“Not, primarily, because I worry about the rise in anti-Semitic attacks affecting me personally. As a church-going Christian I wear a cross on a necklace, and am more often assumed to be Spanish, if anything, so I doubt I would be targeted on the street….

“The reason that I’m seriously considering a move to Israel in the next few years is because I’m developing a strong suspicion that Israel is going to be one of the safest countries on the planet to live in over the next few decades…. 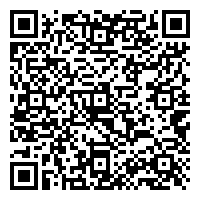