While U.S. Secretary of State John Kerry is trying to clean up the mess he created at a closed-door meeting on Friday by claiming Israel had a future as an ‘apartheid state’ if it doesn’t make peace with the Palestinian Authority soon, the American Way, a White House adviser has just added more fuel to the fire.


Gordon told members of the Conference of Presidents of Major Jewish Organizations at a special briefing that the Palestinian Authority’s impending Hamas-Fatah unity government took the American mediators by surprise, i24News TV reported.

He added that Secretary Kerry warned PA Chairman Mahmoud Abbas that the timing of the unity deal was not good, and that the U.S. was not pleased by the news.

Nevertheless, the White House appears to have taken a “wait and see” attitude. Gordon commented during his briefing that in any case it would have been nearly impossible to reach a permanent peace with “half a Palestinian entity.”

The remark is a reference to the fact that the PA chairman and his Ramallah-based government only actually control certain areas in Judea and Samaria. Nearly one half of the PA – the entire region of Gaza, in fact – is under the iron fist of the Hamas terrorist organization. Even Abbas cannot enter Gaza without the permission of the Gaza leadership, for fear of assassination.

All of southern Israel and significant parts of central Israel have been vulnerable to rocket, mortar and missile attacks from Gaza for several years. More than 12,000 such attacks have been launched at Israel over the past decade.

At least two mini-wars have been fought against the region in order to silence the deadly rocket fire that periodically disrupts daily civilian life in southern Israel, and more than a thousand PA Arab terrorist prisoners were freed in a prisoner exchange deal with Hamas in order to rescue IDF soldier Gilad Shalit, who was held hostage in Gaza for more than five years after being kidnapped by a group of Hamas-affiliated terrorists in June 2006. 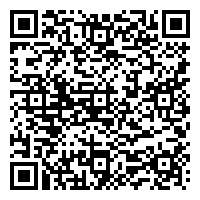