If what Senor claims is true, and President Obama was attempting to influence the Israeli election, it is possible that it could become the subject of a congressional investigation.


The statements at issue were revealed in an article Goldberg wrote for Bloomberg on January 14.  That article, the headline of which was, “Obama: Israel Doesn’t Know What its Best Interests Are,” was filled with insider dish from Goldberg, and it was ugly.

Among the things that Goldberg claimed Obama has said about Netanyahu were that his policies were “self-defeating,” that “Israel doesn’t know what its own interests are,” and that “Netanyahu is moving his country down the path toward near-total isolation.”  Goldberg wrote that Obama made these comments frequently, and to several people.

The particular impetus for Obama’s dissing of the Israeli Prime Minister, according to Goldberg, was the decision to go ahead with building Jewish homes in Mevaseret Adumim (often referred to by the impersonal designation “E1.”)  The decision to go forward with building in this area came on the heels of the United Nations vote upgrading the status of the Palestinian Authority to non-member observer state in November of last year.

Goldberg, a centrist liberal Jewish writer who is considered to have credible access to the White House, opined in his article that

On matters related to the Palestinians, the president seems to view the prime minister as a political coward, an essentially unchallenged leader who nevertheless is unwilling to lead or spend political capital to advance the cause of compromise.

It is tempting to believe that Goldberg suffers from excessive hubris and confused his own views for that of the president’s.  But Senor’s tweet reveals that U.S. officials understood that what President Obama was doing was issuing a not so subtly veiled threat to the Israeli people that the U.S. may be willing to really put daylight between itself and Israel unless they choose a less intractable prime minister.

This is the Senor message and several responses. 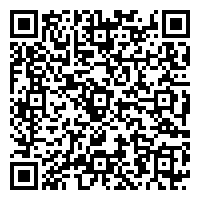