There is a great deal at stake for Americans voting in this year’s U.S. presidential elections — but at least as much is riding on the results for the State of Israel.

GOP frontrunner Donald Trump has been one of the few candidates in the race to insist he would maintain neutrality when dealing with Israel and the Palestinian Authority from the White House.

Israeli Jews surveyed so far have nevertheless expressed more faith in his ability to deal fairly with Israel than any of the other candidates.

This may be due to Trump’s blunt, “in your face” style – the very characteristic that so alienates some of his American audiences – but which is similar to a large percentage of Israelis in the Jewish State.

It is far easier to deal with a person who is “up front” about their intentions, one might say, than a smiling politician who hides the weapon. Moreover, Trump pulls no punches about dealing with tough situations in a like manner – a necessary Middle Eastern attitude.

But probably the biggest factor in his popularity has to do with his willingness to simply say he will be neutral in dealing with both sides.

At an MSNBC town hall meeting in South Carolina on Feb. 17, Trump described a peace agreement between Israel and the Palestinian Authority as “probably the toughest deal in the world right now to make.” What he did promise was that if he were elected president, he would “give it one hell of a shot.” This was a deal in which he would act as “sort of a neutral guy,” he said. Wisely, when asked whose fault it was that no agreement had been reached so far, he deflected the question – and did not blame either side.

That is the mark of a real negotiator, one who has the seasoned skills of someone who has been at the table for a very long time. It gives the lie to those who claim Trump lacks foreign policy experience; they forget that Trump has been dealing with political leaders around the world for years while cutting deals in nations on different continents for his various business interests.

Israelis have too often heard American politicians claim their undying support of Israel only to throw the Jewish State under the bus as they try to “bring peace” to the Middle East.

However, at a Republican debate held on CNN, Trump did comment at one point: “It doesn’t help if I start saying, ‘I am very pro-Israel, very pro, more than anybody on this stage… With that being said, I am totally pro-Israel.” But he was unwilling to go farther, and made no promises whatsoever. Certainly no promise to ‘bring peace to the Middle East.’

Nearly every single U.S. presidential candidate has vowed to move the American embassy to the Israeli capital of Jerusalem – and not one has done it once taking office.

Every American president swears up and down about the “unbreakable bond” between the two countries – but that didn’t stop President Barack Obama from freezing the supply of basic military equipment and ordnance in the middle of Israel’s defensive counter terrorist war with Hamas in the summer of 2014.

Promises are one thing and action is quite another, and if Israelis have learned anything, it is to know not to depend on fancy promises. So when a guy like Trump says he will be neutral, after flowery vows of endless support – that gets the attention of Israelis who are really sick of making that run for the bomb shelters.

Trump’s style and substance is straightforward, simple and different. He’s making no promises and no pretensions to expertise. He is an executive who says he’ll run the country pretty much the same way – by hiring top experts to do what they do best, in the areas of their specialization. 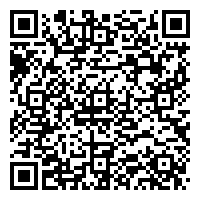