Last week, the home of Women of the Wall board member Peggy Cidor was attacked with graffiti. The graffiti read: “Petty, watch out” and “Women of the Wall are villains.” Ever since this incident, before a police investigation has even determined who the culprits are, Women of the Wall have started a media campaign falsely claiming that “right-wing Orthodox journalists and bloggers false accusations” against the Women of the Wall organization “directly cause a real, physical threat and danger to the lives of the women.” These slanderous statements have been published in the Jerusalem Post, Haaretz, the Jewish Telegraphic Agency, and all across social media.


As the journalist who broke the story about the Women of the Wall leadership’s connections to anti-Israel organizations, I would like to stress that neither my articles published in the Jewish Press and Jerusalem Online News nor that of Varda Epstein and Bat-Zion Susskind-Sacks in the Times of Israel, nor Jonathan Rosenblum in the Jerusalem Post, nor Gil Ronen in Arutz Sheva, nor Daniel Greenfield in Front Page Magazine are responsible for the graffiti. None of us support violence and we found out about the story in the media, just like every one else. I am sorry from the bottom of my heart that Peggy had to go through this.

However, I would like to emphasize that just because Peggy was the victim of a graffiti attack does not give Shira Pruce, spokeswoman of Women of the Wall, the right to make false accusations against her political opponents before any police investigation has been conducted, especially when there is zero evidence indicating that there is any connection between the recent media exposure connecting the Women of the Wall leadership to anti-Israel groups and the graffiti.

As Ronit Peskin of Women for the Wall asserted in an interview I conducted with her last week in Jerusalem Online News, “It could have been someone with a personal grudge against Peggy, rather than someone prompted by the leaderships connections to anti-Israel groups, especially given the fact that she was never mentioned in JPOST, Arutz Sheva, the Times of Israel, Front Page Magazine, the Jewish Press or any of the other news organizations that wrote about the connections between Women of the Wall and anti-Israel groups. Furthermore, she is a relatively unknown board member of Women of the Wall, who is not really mentioned in any media about the organization. This undermines the argument that the recent news articles exposing the Women of the Wall’s leadership to anti-Israel groups has something to do with the graffiti.”

In that interview, it was also revealed to me that Women of the Wall accused Women for the Wall of being responsible for the negative media exposure. I would like to take this opportunity to state that I am not in any way connected with Women for the Wall. I am an independent pro-Israel writer who is not part of any particular group either for or against women praying with tallits at the Kotel. My only interest as a journalist is to expose the truth to the public, so that they can have the information needed to make their own decisions. I would also like to add that it is my commitment to the truth and not my religious beliefs that caused me to expose the Women of the Wall’s leaderships’ connections to anti-Israel groups to begin with. I would have wanted to also write articles exposing the links of a Haredi organization such as Neuterai Karta whose leadership is connected to anti-Israel groups, if such links were not yet public knowledge.

I would also like to note that I only became familiar with Women for the Wall once I exposed the connections between Women of the Wall’s leadership and anti-Israel organizations. Before I took this step, I never heard of them nor met any of their leaders. Even though I now have sympathy for them as a fellow victim of Women of the Wall’s slander, I continue to remain independent from them.

Given that Women of the Wall continue to claim that I stated lies about them, I would like to ask them, why haven’t you produced the proof showing that your leadership is not associated with the organizations that I listed? And if no proof can be produced and there truly is nothing wrong with your leaderships’ connections to the organizations that I listed, why are you so disturbed that these connections have become public knowledge to the point that you threatened news organizations and when that failed, resorted to engaging in libel against those who spoke out against you?

I would like to add that had Women of the Wall not responded to my original story, my article would likely have remained only in one news source and quickly become old news. It only spread all over the internet once Shira Pruce decided to make a scandal out of it by threatening news organizations and then choosing to spread slander against her opponents instead of offering a proper rebuttal. Shira Pruce furthermore continues to refuse to mediate with Women for the Wall, to try and calm down the situation.

Shira Pruce’s poor leadership was highlighted about a month ago when my story became public and her recent reactions demonstrate her unsuitability for the job once again. Once the graffiti became public knowledge, Women of the Wall had a chance to gain sympathy from every one, including me. They lost that golden opportunity by taking advantage of the spotlight to slander others without any kind of evidence to back up their claims. If Women of the Wall wants to be viewed as a credible organization, its time for them to find leadership not connected with anti-Israel groups and to choose a new spokeswoman that knows how to properly defend a cause that she professes to care about, instead of causing more damage to her organization. 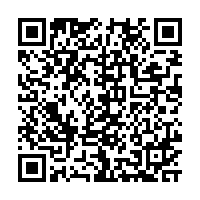