Orthodox Rabbis Asher Lopatin, Yitz Greenberg and David Kalb joined Reform, Conservative, Reconstructionist and Renewal colleagues in decrying the daily assaults of Palestinian Arabs on the homes and cars of Jews living in Judea and Samaria.

“We cannot and will not remain silent,” said Rabbi Pam Frydman co-founder and International Co-Chair of Rabbis for Women of the Wall.


“Our hearts go out to the brave women and men who show true courage in upholding the Jewish tradition of fighting the forces of injustice and intolerance,” said Rabbi Asher Lopatin, President of Yeshivat Chovevei Torah in Riverdale, New York.

Rabbi Lopatin concluded, “May Hashem give you all strength to continue this age old, noble struggle which God promises us will end in victory.”

“All leaders should stand together and condemn such acts and words of violence,” said Rabbi Andrew Strauss, senior rabbi of Temple Sinai in Oakland, California.

Rabbi David Kalb, International Co-Chair of Rabbis for Women of the Wall couldn’t agree more. “This attack against the home … the perpetrators and their entire community should be made aware that such behavior constitutes a a desecration of God’s name of the highest order. Such an act is completely forbidden in accordance with Jewish Law. I call on all of my fellow Orthodox Jews to condemn such behavior and demand that the criminals who performed this atrocity step forward, face justice and do Repentance.”

“With deep sadness I heard the news,” said Rabbi Paul Kipnes of Congregation Or Ami in Calabasas, California. “When Arabs strike out against Jews–with stones, firebombs, knives and guns—the Hanukah lights are diminished. When rabbis do not speak out saying unequivocally that such threats and violence transgress the most foundational teachings of Torah and halacha, the lights of Hanukah are diminished. And more. If Arab clergy cannot or will not control their communities, it becomes the responsibility of the government of the State of Israel to ensure that patience and tolerance shine forth throughout our Jewish state.”

Rabbi Yitz Greenberg, a Harvard Ph.D. and founding President Emeritus of CLAL, continued: “These violent undemocratic actions violate Israeli law and Jewish religious ethics. It is urgent that police take action to catch the lawbreakers and that Arab religious leaders condemn the threats and reject such behaviors.”

Rabbi Menachem Creditor, senior rabbi of Congregation Netivot Shalom in Berkeley California said, “An assault on the home of any Jew is an assault on every Jewish home. It is a basic obligation upon the global Jewish family to affirm the right of our sisters and brothers to pray and live in peace.”

“Those who perpetrated the shameful violation of a Jewish home need to know that Women of the Wall and its worldwide network of supporters will not be deterred in their quest for Jews everywhere in Israeli society.” said Rabbi Diane Elliot, Director of Wholly Present of the San Francisco Bay Area. “I hope the perpetrators will be caught and brought to justice.”

“So long as Jews are subjected to persecution, Israel is not living up to its potential,” said Rabbi Yocheved Mintz, spiritual leader of Congregation P’nai Tikvah of Las Vegas, Nevada and President of the Board of Rabbis of Southern Nevada.

Rabbi Amy Eilberg, the first woman ordained at the Jewish Theological Seminary (New York, 1985) concluded: “Shame on those who committed this latest act of hateful vandalism against Jewish men and women in Judea and Samaria. Have we learned nothing from our history as a people and our tradition’s sacred teaching on the consequences of causeless hatred? To attack and threaten Jews in their own home is a violation of everything we stand for as Jews.”

If Progressive Jews Don’t Get Their Priorities Straight… 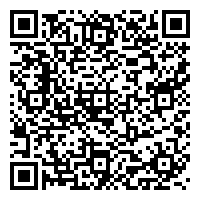