Yesh Atid party chairman Yair Lapid seized the opportunity to use a devastating Grad missile attack in Be’er Sheva as another weapon with which to snipe at the Netanyahu government.

Lapid, who sits in the Opposition, traveled to where the powerful rocket carrying a warhead with 20 kg of explosives destroyed the home of a woman and her children overnight, using the family’s miraculous escape from the lethal attack to pour more salt into the national angst on a day when most Israelis are already pretty tense.

“This is the result of a government that for nearly five years hasn’t decided what its policy is [regarding Gaza],” Lapid exhorted in a meeting with relatives of the family whose home was destroyed, making sure the remarks were caught on camera. He later posted the video clip to his page on Facebook.

It’s not clear whether Lapid, currently is a member of Israel’s Opposition, actually met with the 39-year-old mother who managed to save her children’s lives overnight by rushing them to the in-home bomb shelter just before her house was hit. She and her three children had been taken to nearby Soroka Medical Center, together with three other people to receive treatment for shock just a few hours earlier.

All but one of the victims were released from the hospital later in the day. 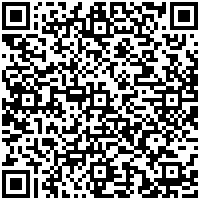