More than half of the forests in the western Negev are now gone, burned down over the past six months by the Hamas terrorist organization in its arson terror campaign, according to a report prepared by the Jewish National Fund. The report summarizes the impact of the past six months of terror by the Arabs of Gaza.

According to KKL-JNF (Keren Kayemet Le’Israel-Jewish National Fund), since the beginning of the kite and balloon terror campaign (25 Nissan), more than 1,100 fires were recorded in KKL-JNF forests alone.

The total area of KKL-JNF forests in the Gaza Belt region, according to the report, is 21,000 dunams – which means that up to the point at which the report figures were calculated, more than half of the forests were already burned down.

As incendiary balloons began to land in and around the capital, Jerusalem city council member Arieh King was quoted by the HaKol HaYehudi website as saying “The solution to balloon terrorism in Jerusalem will only come if the state treats it as any other form of terror.

“We are fighting a war of attrition that has been copied from the Gaza Strip to the Arab neighborhoods of Jerusalem, and we must fight the terrorism of the balloons as the State of Israel fights any other kind of terrorism,” he said.

“I call on the government of Israel and in particular the police of Jerusalem to wake up before it’s too late.” 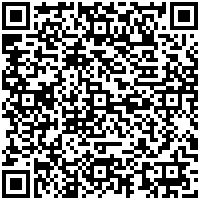