Two days after the departure of Rav Ovadia Yosef ZTL, the short knives appear to be unsheathed in Shas, the great man’s legacy of political empowerment for Israelis from Arab countries. According to Ma’ariv, parliamentary personnel identified with the MK Eli Yishai faction, have launched a harsh attack criticizing the moves and the behavior of the Shas faction’s newly appointed leader Aryeh Deri.

After having spent time in prison for embezzlement, Deri was reinstated by Rav Ovadia as part of a leadership troika in Shas and ran its election campaign. The Troika included then Interior Minister Eli Yishai and Housing Minister Ariel Atias. Despite the party’s ambiguous showing at the polls—they merely retained their 11 seats—MK Deri was promoted by ‘Maran’ (our master) Ovadia to the leadership post without partners.

Ever the crafty politician, Deri had no trouble utilizing his great mentor’s passing to promote his own standing.

“Deri’s behavior was despicable,” said the anonymous folks from Yishai’s circle. “He took over the funeral and the eulogies for political reasons. He put on an exaggerated show of crying and tears, and missed not a single channel or microphone. He talked about the father and the leader – but only last year he was threatening Rav Ovadia that he would run against him in a separate party. Back then he wasn’t all that worried about the great endeavor and the health of the ‘great father.'”

According to the same sources, speaking to Ma’ariv on condition of anonymity, Deri got involved in the order of the speakers at the funeral and even decided the content of the eulogies, to emphasize his own leadership role and establish a political fait accompli. And so, for instance, he only permitted former chief rabbi Shlomo Amar to only read from the Book of Psalms, “even though he was much more qualified than many others to say a eulogy for Rav Ovadia.”

According to the same sources, there has been a lengthy war between Deri and Rav Amar, over the appointment of Deri’s brother, Rabbi Yehuda Deri, to the post of chief rabbi – while “Maran” was fighting to instate his own son in that post (which he finally did).

Yishai’s people also criticized Deri for his call to unite around the Council of Sages, which they suspect will be picked by Deri himself.

Finally, Eli Yishai, the Shas leader who was at the helm for all the years in which Aryeh Deri was living in disgrace, was not asked to say a eulogy, despite his close relationship with the great man.

Eli Yishai himself told Kol Israel this morning that whatever had been said by his people was not done with his approval.

Deri’s anonymous people ridiculed the charges of their opponents, which included the anticipation of a major cleanup in Shas, leaving Deri with a list he can control.

“In the end, it was Rav Ovadia who marked the direction for the movement when he deposed Yishai and reinstated Deri,” they told Ma’ariv. “The rest is just talk.”

With Haredim Out of Govt. Summer Clock Will Be Stretched 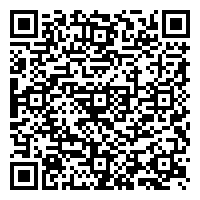