The 2013 Israeli Beauty pageant provided the usual amount of tears of joy and of disappointment from the contestants, but also managed to record a historic moment: Yityish Aynaw, 21, of my home town of Netanya, was turned in an instant from a shoe store manager into a queen.

She broke out in tears as soon as she heard her name announced. A former Israeli army officer, she became the first Ethiopian-Israeli to win the Miss Israel pageant.


I’d like to think that all of us here, in Netanya, have become queens, even if for only a moment, as we basked in Yityish Aynaw’s glory.

A panel of judges at the International Convention Center Haifa on Wednesday awarded the title to the young and gorgeous model, who came to Israel only about a decade ago.

Aynaw came to Israel with her brother after their parents had passed away, when she was 12. Acclimating to Israel was difficult at first, Aynaw said, but she picked up the language quickly with the help of a friend.

She has been working as a shoe store manager since her army discharge.

“He fought for justice and equality, and that’s one of the reasons I’m here: I want to show that my community has many pretty qualities that aren’t always represented in the media,” she said.

Auditions and Predictions – Israel on My Mind [audio] 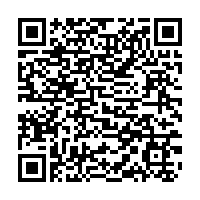