On Thursday, during his Senate confirmation hearing, David M. Friedman, President Donald Trump’s nominee to become US ambassador to Israel, will apologize for an insult he launched at leftwing American Jews, the NY Times reported Wednesday. This is, actually, good news, because President Trump has been retreating from some of his early statements in support of Israel’s right-leaning positions, and getting rid of a “problematic” David Friedman was not outside the realm of possibility.

As insults go, the Friedman’s was not as “beyond the pale” as so many leftwing Jewish and other media outlets have been presenting it. Friedman’s op-ed in Arutz 7 was in response to an attack on him by BDS, NIF and J Street promoter Peter Beinart, published in Ha’aretz, in which Beinart called Friedman a Trump Token Jew, picked only as a means of attracting the Jewish vote.


In the same op-ed, Beinart referred to Friedman’s comparing the pro-Iran deal efforts of J Street to the despicable collaboration of Jewish Kapos with their Nazi masters during World War 2. Beinart quoted the insult sans the context, as is often the manner of his ilk.

Friedman had reasoned in his op-ed that J Street head Jeremy Ben-ami, who is “no expert on nuclear containment,” nevertheless rushed to endorse “the dreadful JCPOA,” so that “before any serious pro-Israel or anti-terror organization raised its opposition to the deal with Iran, the liberal media could point to the fact that a so-called ‘pro-Israel’ group already was in favor.” That, Friedman noted quite accurately, hearkened back “to the days of the Kapos during the Nazi regime.”

Well, didn’t it? In his response to Beinart’s dishonest attack, Friedman asked, “Are J Street supporters really as bad as kapos? The answer, actually, is no. They are far worse than kapos – Jews who turned in their fellow Jews in the Nazi death camps. The kapos faced extraordinary cruelty and who knows what any of us would have done under those circumstances to save a loved one. But J Street? They are just smug advocates of Israel’s destruction delivered from the comfort of their secure American sofas – it’s hard to imagine anyone worse.”

For that, according to the Times’ report, David Friedman will have to apologize, in order to appease the very people he attacked so rightfully, the leftwing Jewish-American establishment. Friedman’s people have met with Senator Benjamin L. Cardin (D-Md), the senior Democrat on the Foreign Relations Committee – and a sworn enemy of Obama’s Iran nuclear deal – that Friedman would “express regret for saying that supporters of the liberal pro-Israel group J Street were ‘worse than kapos.'”

Should Friedman be confirmed, he is expected to set his residence in Jerusalem, only a few miles from the Beit El Yeshiva in Judea and Samaria, which he and his wife have paid for. Even if the US embassy remains in Tel Aviv, at least for the time being, the fact that to meet with the US Ambassador one would have to take Rt. 1 from Tel Aviv to Israel’s eternal capital, would be a step in the right direction. 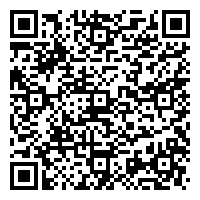