But ZOA’s most compelling argument, one would think, is the following, taken directly from its formal complaint:

PPI’s and Ameinu’s clear violations of the anti- discrimination provisions of the WZO Constitution cannot be allowed simply because these organizations participated in past Congresses. Simply put, these organizations are violating a provision of the WZO Constitution that bars them from membership and participation – and there is no excuse for this and no exception for this.

ZOA’s sensible argument that the very entity created by Theodor Herzl in 1897, the First Zionist Congress, should not be infested with those whose virtually every action is taken to harm the Jewish State. It would be obscene for ZOA’s complaint to be defeated by the position that those whose actions harm Israel are already members. The irony should not be permitted to metastasize. 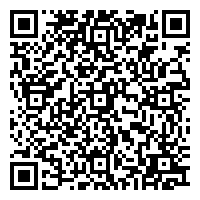