The British-Swedish AstraZeneca, whose two slogans are “We push the boundaries of science to deliver life-changing medicines,” and “We follow the science. We put patients first. We play to win. We do the right thing. We are entrepreneurial,” on Tuesday night announced it was suspending the global trials of its coronavirus vaccine, which were reportedly at an advanced stage, over one participant in the trials who had experienced a serious adverse reaction, STAT reported.

NEWS re: the P3 AstraZeneca #Covid19 vaccine trial: Our team at @statnews just got a statement from $azn confirming “a pause to vaccination.” Our sources tell us the suspected serious adverse reaction was in a participant in a trial in the UK https://t.co/kmjVIHpnal


A spokesperson for AstraZeneca, which has been one of the key front runners in the race to develop a Covid-19 vaccine, said the company’s “standard review process triggered a pause to vaccination to allow review of safety data.” The same spokesperson followed up with a later statement, saying the decision to stop the clinical trials came from the company, and that it was not yet clear what was the nature of the adverse reaction and when it had occurred. A source familiar with the case told STAT the company believes the participant will recover, and that the halt came out of “an abundance of caution.”

The spokesperson insisted it was “a routine action which has to happen whenever there is a potentially unexplained illness in one of the trials, while it is investigated, ensuring we maintain the integrity of the trials,” and added that AstraZeneca is “working to expedite the review of the single event to minimize any potential impact on the trial timeline.”

The world is seeing a race among a number of pharmaceutical companies to be the one who delivers a coronavirus vaccine that would end the pandemic which has claimed 901,923 by Tuesday night’s count. AstraZeneca previously claimed it could have a vaccine ready before the end of 2020. This could still be a reality, if the company finds that the reported illness was not due to the tested vaccine.

It is only through these late-stage, large-scale (commonly with 30,000 participants) trials that serious side effects can be found which would be revealed otherwise only after thousands had received the vaccine.

AstraZeneca was one of a group of nine drug companies which on Tuesday pledged to “stand with science” on coronavirus vaccines, against pressures from governments and politicians, most notably President Donald Trump, who have been pushing for a faster delivery of an effective vaccine.\

As expected, US-traded shares of AstraZeneca fell in the extended session Tuesday following the report that the drug maker halted its Covid-19 vaccine study following an adverse reaction from a participant. 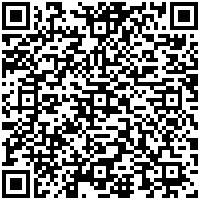