Due to scheduling constraints, Prime Minister Benjamin Netanyahu was not able to attend the signing ceremony but will meet later today with Minister Yoo.


Israel agreed that products from the settlements in Judea, Samaria, and the Golan Heights will not enjoy various benefits such as customs exemptions under the Free Trade Zone Agreement with South Korea. The Koreans conditioned the entire deal on the settlements exclusion (See: Israel Agreed to Exclude Settlement Products from South Korea Trade Agreement).

South Korea is the 11th largest economy in the world, and it is anticipated that the agreement will provide a competitive advantage and ease activity for Israeli exporters in the South Korean market, thus strengthening Israeli exports and increasing economic growth. The annual benefit to the economy will facilitate a better jumping-off point for Israeli exports.

In 2018, trade between Israel and South Korea amounted to approximately $2.5 billion, an almost 15% increase over 2017. It is anticipated that the free trade agreement will further increase bilateral trade. Upon the agreement’s taking effect, most Israeli exports to South Korea will be exempt from customs duties, including machinery and electrical equipment, mechanical devices, fertilizer, medical equipment, cosmetics, plastics, metals, fruit juices and wine. From the other side, customs duties will be lowered on South Korean goods imported into Israel such as automobiles and automobile parts, refrigerators, medical equipment, electronic components, toys and games, plastics and chemicals.

South Korea is the leading global producer of memory components and the second largest producer of semi-conductors. It is also the world’s largest shipbuilder and holds more than half of the global market. In the automotive sector, thanks mainly to the Hyundai-Kia group and its secondary suppliers, is one of the ten largest producers in the world.

South Korea currently has 15 free trade agreements with various countries and trading blocs, including the US, the EU, India and China. The free trade agreement between Israel and South Korea will assist in equalizing Israel’s trade terms with those of the foregoing countries. Upon completion of the mutual ratification process, Israeli companies will benefit from equal trade terms and competition in the South Korean market.

Economy and Industry Minister Eli Cohen said: “The free trade agreement with South Korea is an historic agreement, the first to be signed with an East Asian country that is one of the leading economies in the world. It reflects – inter alia – the policy of the ministry to assist in diversifying exports and opening new markets for Israeli industry. South Korea is an important trade partner for the State of Israel. The international trade agreements are, as a rule, of strategic importance for the Israeli economy and assist in increasing exports, lowering the cost of raw materials, which increases the competitiveness of Israeli exporters and constitute welcome news for Israeli consumers in light of the entry of a broad range of products without customs duties.” 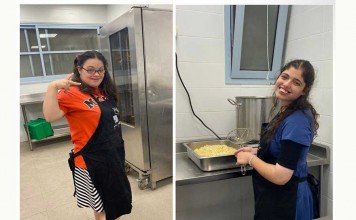