Prime Minister Binyamin Netanyahu rolled out the red carpet for visiting Canadian Prime Minister Stephen Harper, who is on his first-ever trip to Israel along with 21 rabbis, a Catholic priest, 27 CEOs, six government ministers and eight members of Parliament.

After getting the royal treatment by Prime Minister Netanyahu Sunday night, Harper, an evangelical Christian and an accomplished musician who leads a bad called “Herringbone,” visited the Mount of Olives (Har HaZeitim) in Jerusalem.


Harper traveled to Bethlehem and then paid an obligatory visit to the Palestinian Authority in Ramallah on Monday, where he announced $66 million in new economic aid.

The first set of talkbacks on Canadian news sites included these negative remarks: “Thank you Mr. Harper that you found one more way to dump our tax money took them of our poor people, veterans, retirement person;

“Didn’t Canada and other nations declare Hamas a TERRORIST organization? Why not offer aid AFTER there is an established peace….;

“Extend our best wishes and offer to mediate. Stop throwing money down the big hole; and

In fact, Canada has reduced its aid to the Palestinian Authority. Its five-year-commitment of $300 million has expired. Today’s pledge is for this year, and Harper did not go beyond that.

His pro-Israel stand is so strong that it drove the left-wing Haaretz to dig out a Canadian foreign ministry website position against the “illegal” Jewish communities in Judea and Samaria to try to prove that Ottawa is pro-Palestinian Authority.

But Harper’s words and actions are nothing of the sort, and the Palestinian Authority has not forgiven Harper’s Foreign Affairs Minister John Baird for going to the United Nations to declare Ottawa’s opposition to Abbas’ appeal for statehood by declaring that “unilateral actions” are not part of the “peace process.”

Harper said in Ramallah on Monday, “Canada looks forward to a bright future for all Palestinians, one in which security and prosperity are enjoyed in a viable and democratic Palestinian state. The support we are providing today will advance those goals by furthering the peace process, generating jobs and economic growth through private sector partnerships, and helping to further advance security and justice sector reforms.”

Not one word was said about “settlements.”

He told a news conference his stand is “Canadian” and not pro-Palestinian or pro-Israeli. When a reporter tried to pin him down on Judea and Samaria, he replied. “I will not single out Israel on this trip.”

His backing for Israel, including clearly stated support for Israel’s counter-terrorist campaigns in Lebanon and Gaza, simply is based on what Prime Minister Binyamin Netanyahu said in his welcoming speech Sunday night, when he explained that Harper “expresses a clear and courageous moral position with regard to the truth and to the necessary criteria in the international community toward Israel and the conflict here.”

Harper announced his trip to Israel last month when he spoke at a Jewish National Fund dinner.

At the of his speech, the Prime Minister showed off his musical talents and brought in his Herringbone to back him up with impressive renditions of songs from The Who, Rolling Stones and the Beatles, as seen in a brief segment below. 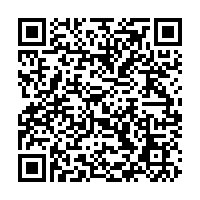