The controversial – because so ardently pro-Israel – nominee to become the U.S. Ambassador to Israel, David Friedman, was approved by the Senate Foreign Relations Committee Thursday morning.

The contentious hearing on Friedman’s nomination took place back in mid-February. Since then, Friedman and his supporters have been biting their nails, waiting for the committee to vote on the nomination.


In the month between the committee hearing and Thursday’s vote, many U.S. organizations which deal with Israel worked actively to encourage Senators to vote in accordance with those organization’s values.

Firmly pro-Israel organizations such as Americans for a Safe Israel, EMET, Iron Dome Alliance, Jews Choose Trump, ZOA, COPMA and JCC Watch hand-delivered a letter to all members of the SFRC urging them to vote in favor of the nomination.

The American Israel Public Affairs Committee (AIPAC) did not take a position on Friedman’s nomination.

The vote in favor of Friedman went almost strictly along party lines. Almost, because Democrat Sen. Bob Menendez (NJ) once again voted his conscience and refused to be intimidated by party leadership. Menendez voted “aye” when his name was announced during the roll call vote on Thursday morning. The New Jersey Senator had also voted against approving the Nuclear Iran Deal which had become a highly partisan issue.

Committee member chair Sen. Bob Corker (R-TN) spoke briefly before the vote. His endorsement was read without emotion from a prepared statement. Next to speak was the ranking committee member Sen. Ben Cardin (D-MD), who had already announced that he was going to vote against the nomination.

Cardin said the words Friedman had used in various op-eds which were extremely negative suggested to him that Friedman would not prove to be the “unifying force” needed in the region. The Maryland Senator was also critical of Friedman’s statements in opposition to the “Two State Solution.”

The four brief statements were then followed by a roll call which resulted in the voting out, with approval, of Friedman’s nomination.

The nomination now awaits a vote by the full Senate. 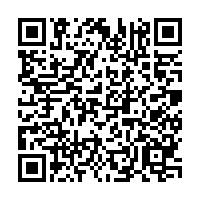