The popular Jewish Children’s Museum in Crown Heights, Brooklyn was evacuated Thursday morning in response to a bomb threat received by the museum’s director at around 10:10 am.

The text of the message, sent by cell phone notification, claimed that three pipe bombs were “scattered throughout the museum” and set to detonate “via a cell phone” at a “busy hour of the day.”

FBI officials and a bomb squad was on the scene along with NYPD, which has called for a Level One mobilization.

New York State Governor Andrew Cuomo traveled to the scene, where he was briefed by security officials. He also met with Devorah Halberstam, who was largely responsible for the museum’s establishment in memory of her son, 16-year-old Ari, murdered by Arab terrorists who overstayed their visas in New York 25 years ago.

Local sources said it is possible the threat was received in response to an article written by Halberstam about illegal immigration, that was published Wednesday in the New York Daily News.

The museum is a popular site for schools and other children’s groups to learn about Judaism in a hands-on, experiential manner.

The building is located directly across the street from Chabad-Lubavitch World Headquarters, 770 Eastern Parkway, but the movement’s center was not affected by the evacuation. The No. 3 subway station is also located across the street from the museum, but trains have continued running on schedule. A number of major bus lines also stop in front of the building; there have been disruptions in some of those schedules.

To date, more than 120 bomb threats have been sent by email, text or called in to Jewish Community Centers, Jewish Day Schools, Jewish museums, and offices of the New York-based Anti-Defamation League since January 1. In addition, a swastika was carved into the front door of a synagogue in Ohio, and hundreds of headstones have been knocked over and damaged at Jewish cemeteries in St. Louis, Missouri; Philadelphia, Pennsylvania; and Rochester, New York. 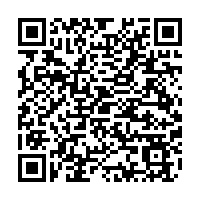