A US senate confirmation hearing on Thursday for the nominee for ambassador to Israel was unusual both in terms of length and scope, but given the numbers, the nomination appears poised to advance to the full Senate.

David M. Friedman, President Donald J. Trump’s longtime friend and a Jewish bankruptcy lawyer hailing from Long Island, was on the hot seat before the US Senate Foreign Relations committee. During the nearly three hours long hearing Friedman was interrupted four times by protesters screaming out – some unfurling Palestinian flags – slogans such as “war criminal” and “Palestinian rights.” Senators themselves repeatedly reprimanded Friedman for his use of “intemperate language” in articles written while he was a private citizen.


Friedman comported himself with dignity, rarely getting flustered; he responded to each question fully, if occasionally surprisingly.  He made clear that, as U.S. Ambassador to Israel, he will represent President Trump’s policies and positions on the issues and not his own; and that he will proudly welcome all Americans, of every political view, when they visit Israel.

There is one more Republican on the committee than there are Democrats, and the vote is likely to be correspondingly close.

Sen. Ben Cardin (D-MD), the ranking Democrat, is Jewish and considered a strong pro-Israel Democrat. Cardin was welcoming, but quickly launched into a rough upbraiding of the nominee on three grounds: his harsh verbal attacks on Democrats, including Sen. Charles Schumer (D-NY), President Barack Obama and former secretary of state and Senator Hillary Clinton; his perceived lack of support for the Two State Solution; and his apparent support for “settlements.”

Friedman responded, as he did repeatedly to the queries of the other senators who raised the same issues, explaining that he was previously speaking and writing initially as a private citizen and later in the heat of an election campaign, where strong rhetoric is customary.

But Friedman was forced, on several occasions, to not only apologize for his comments but to recant them. He attempted to balance between rejecting views he does hold, and explaining his language in a way the powerful senators were willing to accept. Senators Cory Booker (D-NJ) and Tom Udall (D-NM) were particularly pointed on this issue, and “no” votes are likely assured from each of them.

Sen. Bob Menendez (D-NJ) appeared satisfied with Friedman’s credentials and contrition – though some in the media falsely criticized Menendez for appearing to accuse Friedman of dual loyalty.

Other committee members seemed to focus more intensively on Friedman’s explanation of  how the peace process will unfold under the current administration. Many of the senators appear unwilling to accept that the new US President is not as committed as previous administrations to the (repeatedly failed) Two State Solution effort.

In response to this line of inquiry, Friedman referred several times to the “larger canvas” approach to the Middle East peace process. The contours of that approach include Sunni states in the region as potential partners as economic and political aids in creating a more peacefully-inclined Palestinian Arab middle class.

Sen. James Risch (R-Idaho) talked about the disconnect between Hamas and the Palestinian Authority and the difficulty of trying to negotiate with a non-unified partner. Sen. Rob Portman (R-OH) asked about Friedman’s ability to represent the critical US position on the dangerous BDS movement – “no problem” with that.

One senator gave a fiery denunciation of the way in which Friedman was being treated.

“This sort of ordeal is unbelievable” said Senator Marco Rubio (R-FL), who blasted those suggesting that Israel should be treated exactly the same way as the representatives of the Palestinian Arab populations. “Israel is our strongest ally in the region,” Rubio said. He continued, it is “our moral duty to protect Israel,” which is the most pro-American, pro-free enterprise country in the region.

Rubio criticized those feigning horror over Friedman’s description of J Street membership as “worse than kapos” when, Rubio explained, J Street had at one of its conferences Saeb Erekat, “a person who has justified the murder of Jews as self-defense!”

Rubio also decried the idea that Jews living beyond the 1949 Armistice Line is an impediment to peace. And he derided the refusal by some senators to acknowledge Friedman’s agreement that in “a perfect and ideal world” it would be best to have “two independent states, one Jewish and one Arab, living side by side in peace and security” — but we are not yet living in that perfect world.

The real impediments to that perfect world, Rubio said, include the efforts “to impose upon Israel” borders the Jewish State does not believe it can live with and remain secure; the “wholesale and systemic indoctrination of young Palestinians into hatred and the justification of killing and murdering Jews,” an indoctrination that begins at a “tragically” young age; and the “incitement to violence by leaders of the Palestinian Authority” who justify the murders of Jews and who dedicate monuments to those murderers, and who foment “ridiculous rumors” about efforts by Israel to harm Arab holy sites.

There were several times during the hearing in which senators questioning Friedman included egregious factual errors in their questions, which the nominee apparently felt compelled to ignore and simply answer.

For example, Senator Rand Paul (R-KY), who sounded positively inclined towards Friedman, misspoke and said there had been a recent announcement by Israel of 5400 new housing units for Jews in homes beyond the Green Line.  At one point Paul referred to them as “5400 new settlements in the West Bank.” Friedman did not correct him.

And when the generally hostile Sen. Edward Markey (D-MA) asked Friedman whether Israel would ever be willing to “give back” or “return land to the Palestinians,” Friedman did not correct him by pointing out that the Palestinians have never owned or had sovereignty over any land.

It was a contentious hearing with lots of soaring rhetoric and some unpleasant browbeating. In the end, the numbers are in Friedman’s favor and even if the vote is strictly along party lines, his nomination will move forward to the full Senate. 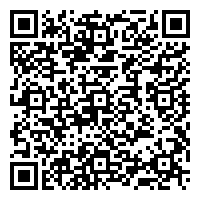