Defense Minister Avigdor Liberman (Yisrael Beiteinu) on Monday criticized his predecessor, MK Moshe Yaalon (Likud) on the latter’s public comments following the incident of IDF medic Sergeant Elor Azaria who shot dead a terrorist that had already been neutralized. “Deciding in advance [that Azaria had broken the law] was a serious mistake,” Liberman said.

Liberman was visiting the IDF reception and screening center, where, he said, “I enlisted in the IDF 37 years ago, in 1979, and now I’m coming back as defense minister.” A combat recruit who enlisted in the Golani and Givati brigades, asked Liberman about the rules of engagement, to which the defense minister answered: “We want to maintain the most battle ready and the best operational army, and also the most moral army. These are the values that guide us.” Liberman recommended that soldiers who are not sure about the rules of engagement ask their superiors.


Answering a question from another recruit regarding the political horizon of the Israeli-Arab conflict, Liberman said that “whoever believes that a political maneuver would improve our situation vis-à-vis terrorism is wrong. Terrorism is not rational, ISIS and the crazies devote their lives to dying as shahids. You can’t appease them through a political maneuver.”

Regarding his summoning last week of the Army Radio commander for a hearing over the broadcast of a program about anti-Israeli poet Mahmoud Darwish, Liberman said, “I suggest everyone go back and read the goals of the military station as they were set by Ben Gurion at its establishment. [For this same station to devote time] to someone whose entire work is a call to the Jewish people to go away, and in one of his poems he describes eating the liver of the ‘occupier’ — someone got confused here. It’s my duty as defense minister to clarify; but we don’t get involved in content but in the army’s spirit.” 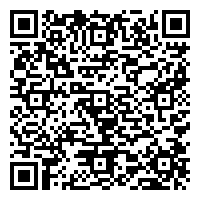