The Palestinian Authority’s official television authority is broadcasting entertainment programs that offer the “Arab on the street” $100 for correctly identifying Israeli landmarks and borders as being “Palestinian,” another step in educating people that Israel does not exist.

The program, of course is broadcast in Arabic, so U.S. Secretary of State John Kerry does not watch it. He also probably does not read the Jewish Press or the Palestinian Media Watch (PMW) website, which translated and published the program’s dialogue.


Unlike the chosen people who know that PA Chairman Mahmoud Abbas is talking out of both sides of his month when he backs “two states side by side,” the Obama administration remains ignorant of the program, which shows that Yafo (Jaffa), Tzfat (Safed), the port of Ashdod and metropolitan Tel Aviv all are really cities in “Palestine.”

“On the beach of which Palestinian village did the whale spew out the prophet Jonah? Naturally, it’s a coastal city,” the “reporter on the street” asked an Arab, who immediately answered, “Ashdod.”

Here is another question that won a lucky respondent $100: “Which city did [Palestinian writer] Mustafa Dabbagh call ‘The city that fell from Heaven?'”

The man asked if the city is “in Palestine or outside of Palestine?” When he got the big clue that, of course, it is inside Palestine, he came up with the “right” answer as “Maybe Jaffa?”

The reporter gleefully told him, “Correct answer. Jaffa. You win $100 from [the sponsor] Wataniya Mobile.”

Here is more of the transcript provided by PMW.

PA TV reporter: “A lake in Northern Palestine drained by the Israeli occupation. What is the name of the lake?”

Man: “The Sea of Galilee? Kinneret].”

The reporter also asked, “Name the Palestinian village in Northern Safed whose name means ‘beetle’ in the Syriac language, and whose residents are mostly Druze.”

PA TV reporter: “The correct answer is Hurfeish, the Palestinian village in Northern Safed whose name means ‘beetle’. Congratulations. You win $100.” The answer would be a big surprise to the residents of Hurfeish, who are Druze.

PA TV reporter: “What is the highest mountain in Palestine?”

Man: “Mt. Meron.” (Mt. Meron is in Northern Israel.) The reporter also asked respondents to identify which “country has the longest border with Palestine?”

The answer “Jordan” won a person $100 for identifying the country and eliminating the existence of Israel in one swipe.

The program is not the first time Palestinian Authority television has educated its viewers that Israel does not exist, but to do so at the same that the Obama administration is pushing Israel into direct talks to establish the Palestinian Authority as an independent country raises the validity of Abbas’ position that the talks should be based on the 1967 borders.

The program shows that he favors that the borders remain as they are, from the Golan Heights and the Lebanese border to the Egyptian border and from the Jordan River to the Mediterranean Sea.

One small change he wants is to change the word “Israel” to “Palestine.” 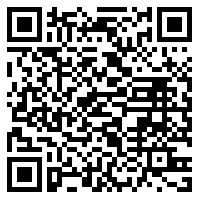