Amsterdam’s Chabad Rabbi Binyamin Jacobs lit the candles on the first night Hanukkah Wednesday on a 36-foot menorah with a six-ton base that was made with donations by Christian Zionists.

Klaas Zijlstr designed and built the menorah, in the shape of a Star of David, in his metal workshop in the northern tip of the Netherlands. Possibly the largest in all of Europe, the handiwork of a Protestant metal contractor is meant to be a sign of solidarity by Christian Zionists with the Jewish people.

Rabbi Jacobs helped Zijlstra and a group called Christians for Israel design the nine-branch candelabrum so it could be used for the eight-day holiday, which began Wednesday night and which was lit in front of hundreds of Christians and Jews during a public ceremony in Nijkerk, not far from Amsterdam.

Though commonplace in the United States and even in Russia, public Hanukkah events are a recent and revolutionary development in the Netherlands. Here they signify the growing self-confidence and openness of a Jewish community whose near annihilation in the Holocaust left a deeply entrenched tendency to keep a low profile.

“Twenty years ago, this wouldn’t‎‎ have been possible,” said Arjen Lont, the Christian Zionist businessman who donated $40,000 to build and transport the menorah. “It requires a lot of openness.”

Lont says the purpose of the giant menorah, which can be used either with electric bulbs or oil lamps, is to send a message.

“After unspeakable suffering, the horrors of the Holocaust and most recently the attacks on Israel, Jews may feel they are alone,” Lont told JTA. “This is our way of saying you are not alone; we are behind you.”

The first public Hanukkah lighting ceremony in the country was organized in 1989 in Buitenveldert, near Amsterdam, by the wife of a Chabad rabbi, according to Bart Wallet, a historian of Dutch Jewry at the University of Amsterdam.

Today, such events are held annually in 19 municipalities, from the northern city of Leeuwarden, near Berlikum, to the southern border city of Maastricht, according to Rabbi Jacobs.

He said that public menorah lightings in the country signify the Jewish community’s confidence in asserting its place in Dutch society.

“Nowadays it’s also saying we are here; we are also a part of the fabric of religious communities and society,” he explained.

Dutch Jewish reticence toward public displays of faith dates back at least to the 19th century, according to Wallet, when Dutch rabbis decreed that no Jewish rituals should be held in the public domain. At the time, Dutch Jews were keen on integrating into a democratic society as equal citizens, and they considered it counterproductive to showcase religious customs that set them apart from their compatriots.

The tendency was greatly reinforced after the Holocaust, when three-quarters of Holland’s population of 140,000 Jews perished — a higher percentage than anywhere else in occupied Western Europe. Today, about 40,000 Jews live in the Netherlands.

Wallet says things began to change in the 1970s, when Dutch Jews began displaying greater activism around anti-Semitism and Israel.

Even today, however, many Dutch Jews retain a sense of reticence when it comes to public displays of religion.

“There’s nothing wrong with these Hanukkah events, but to me they don’t seem familiar,” said Jaap Hartog, chairman of the umbrella group of Dutch Jewry, called the Dutch Israelite Religious Community, or NIK. “To me, Hanukkah is more a holiday that you celebrate at home with your family. The public candle lightings are more of an American thing.

“On a personal level, I’m not too keen on participating.”

“It’s a way to build bridges between Jews and the non-Jewish environment, but also within the community and between Dutch-born Jews and the thousands of Israelis who live here and the tourists from Israel,” Bouscher said.

Back at Zijlstra’s metal workshop, his menorah is attracting attention from neighbors. During the test run last week, a few of them stopped by to admire his handiwork and congratulate him. 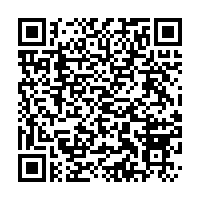