One or more earthquakes have damaged Iran’s Bushehr nuclear facility, causing cracks several yards long, according to an Associated Press report based on information picked up by several countries monitoring Iran’s nuclear program.

Diplomats told the Associated Press that at least one concrete section of the facility sustained long cracks but not in the vicinity of the reactor core. However, other damage cannot be ruled out since the information that was available was very limited.


The earthquakes occurred in April.

The Bushehr plant began operation 19 months ago but has been plagued by technical problems.

The International Atomic Energy Agency reported in February and May that Iran had informed that the site was shut down temporarily, without any explanations. One of the quakes was registered at 7.7 on the Richter scale, and Iran claims the Bushehr site can withstand a quake of 8.0 on the scale.

Damage to the nuclear reactor could cause a massive catastrophe not only in Iran but also in nearby Kuwait and other Arab countries.

Tehran maintained several weeks ago that the quakes did not damage the Bushehr plant, but government reports are totally unreliable.

Iran is located on massive areas of seismic fault lines and experiences an earthquake of various magnitudes almost every day.

Iran has not signed the nuclear safety convention, precluding any authority for the IAEA to inspect its nuclear sites for safety. 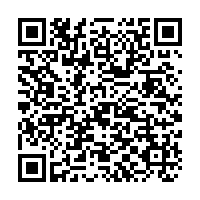