That op-ed was an edited version of one which had briefly appeared as a blog post, but had been pulled by a Times of Israel editor. It was removed post-publication, even though the editor had read and approved the blog post before it was published. The reason it was removed, according to the editor, is that the subjects of the post complained that information in the article could hurt their chances for employment. Since when is that a justification for censorship?

Mael wrote the op-ed in order to provide a fuller context, and to correct misrepresentations in an op-ed penned by two other Brandeis students about an event that took place on their campus this fall. Mael was present for the entire event. The op-ed to which Mael was responding was printed in the Philadelphia Jewish Exponent (the two authors are from the Philadelphia region) and various J Street publications and sites.

As Mael explained, the J Street U students described negative feedback they received as being solely based on the “Brandeis pro-Israel tent” rejecting their critical view of Israel.  It set up the authors as the brave defenders of the minority viewpoint, struggling to have their voice heard amongst a crowd of adamantly, single-viewpoint supporters of Israel.

In fact, as Mael pointed out, one of the op-ed’s authors, who is the current president of Brandeis J Street U, was indeed heavily criticized by many other Brandeis students.  But the criticism was not of his political views, it was of his hostile and disruptive verbal attacks on the event’s speaker, former spokesperson for the Israel Defense Forces, Capt. Barak Raz.

Following the Raz talk, but before penning the op-ed, Eli Philip wrote on his Facebook page that Raz had lied to the Brandeis audience when he said there were “no checkpoints in the West Bank.”

As Raz himself pointed out in the comments that followed, Philip would have understood what Raz was saying had Philip been present during the first hour of Raz’s talk.  It was during that time that the former IDF spokesperson set up the context for his statement, and provided the technical definitions of terms he used – including checkpoint – throughout his talk.

Philip walked in an hour late to Raz’s talk – he had first attended that night’s J Street event, a speaker from Breaking the Silence.

Because he was so late, Philip missed the explanations Raz gave. Having missed those explanations, what Philip heard Raz say seemed entirely inconsistent with what Philip believed to be true.  That is why Philip challenged Raz, in a manner that even Philip acknowledged in his op-ed was intemperate.

Mael provides the context, and linked to the Facebook exchange in which Philip wrote that Raz lied to the Brandeis audience.  That entire portion of Philip’s Facebook wall has since been deleted.  But before writing the op-ed, Philip knew that Raz had provided official definitions of the terms he was going to employ in his talk before Philip entered the room. So even if Philip actually believed Raz lied when he posted that statement on his own Facebook wall, by the time he penned and submitted his op-ed, he knew he was omitting a relevant fact.

Now back to the Times of Israel disappearing act.

Frustrated by what he believed were distortions of reality in the Exponent op-ed, Mael wrote up his description of the event and of Philips’s behavior and its aftermath, and posted it as a blog on the Times of Israel. His op-ed went live following the pre-publication editorial review for bloggers. People began reading his version of events.

But in less than 24 hours, Mael’s Times of Israel blog post was deleted from the site, with no explanation.  It just disappeared.

Mael and other students who wanted to read his explanation of what happened at the Raz talk were perplexed by the blog disappearance. Several people wrote to the Times of Israel editor to ask what happened, including staff for pro-Israel organizations.

The reason the Times of Israel editor gave for pulling Mael’s op-ed was that the J Street U students who were the “subjects of its criticism made a convincing case that it could cause them economic hardship in terms of future employment.”

It’s okay for the students to disrupt a speaker brought to campus, it’s fine to publicly call a former IDF spokesperson a liar on social media, and it’s just dandy to pen and have published an op-ed that paints yourself as someone victimized because of unpopular political opinions (which are actually the mainstream political opinions on American campuses, so where’s the glory in that?) while omitting critical inculpatory details.

But when someone who disagrees with your version of reality, who was an eyewitness to the event, calls you on showing up an hour into a speaker’s talk and being disruptive, rude and even slandering the speaker, you turn tail and whine about possible harm to future employment?

RESPONSIBILITY FOR THE CONSEQUENCES OF ONE’S ACTIONS

There is a lesson for students to learn from this experience, lessons that are applicable to their lives as students and beyond.  First, students need to understand that the safe university bubble only extends as far as the university.  Once you venture out into the public – the first step here was calling Capt. Barak Raz a liar in a Facebook posting, the second was publishing an op-ed in a non-university publication – you might actually be held responsible for the consequences of your actions.

Perhaps the Times of Israel editor thought she was doing the Brandeis students a favor by pulling a post that named and shamed them. But everyone, even college students, need to stand up for their convictions. If the fallout threatens their livelihood and they fold when that happens, perhaps their convictions weren’t that strong in the first place.

Here’s a catchy shorthand version of the lesson: “if you can’t do the time, don’t commit the crime.” 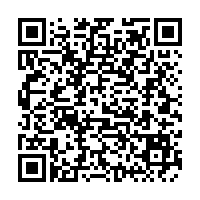