Turkish president Recep Tayyip Erdoğan on Sunday night sent Israeli president Reuven Rivlin a letter of condolences over the attack in Istanbul Saturday, where three Israelis were murdered and ten injured. The letter, which was written in Turkish and accompanied by an English translation, read: “With yesterday’s heinous attack, it has again been seen most clearly that it is an absolute necessity for the international community to conduct a joint, united and determined fight against terrorism, which targets the whole of humanity and fundamental human values and constitutes a crime against humanity.”

“I would like to convey my deepest condolences to the people of Israel and to the families of Israeli citizens who lost their lives in this treacherous attack which happened in Istanbul, where they were visiting our country to get better acquainted with our culture, and wish a speedy recovery to the injured,” Erdoğan also noted. 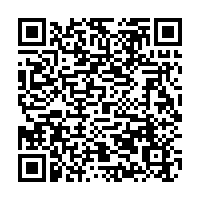