Frank H. Ogawa Park is a huge public space in Oakland, California.  It is located where San Pablo Avenue converges with Broadway and 14th Street, and is across from the Oakland City Hall.  Ogawa Park was named for a civil rights activist who was the first Japanese member of the Oakland City Council.  But Ogawa Park was “renamed” by Occupy Oakland protesters to “honor” Oscar Grant, a felon who had been imprisoned for drug dealing and weapons offenses, and who was shot by Oakland police 1n 2009, while resisting arrest.

An area in the Park is specifically designated for public expression; it has been the scene of many boisterous protests, including the long-term occupation by Occupy Oakland, last year.


Last week a perfect example of what so much of the anti-Israel movement is built on, was on display in Ogawa Park.  In this “free speech” park taken over by “peaceful” protesters of all kinds of oppression, a young woman who was drawing a message of peace was physically assaulted, cursed out with the foulest possible language, and thrown out of the public park by people who claim to be, and are referred to by the mass media, as “peaceful,” “non-violent,” “free speech” activists.  In truth, they are frequently abusive, intolerant, violent anarchists who believe the highest form of expression is provoking violence with what is usually aggressive resistance, but occasionally spills over into outright violence.

This is what happened.

On Wednesday, March 13, there were several anti-Israel events taking place and banners raised in Ogawa Park: one banner advocated the boycott of  a company that does business in Israel and with which the state of California does business, another was for the International Solidarity Movement, a virulently anti-Israel group.  The third one is the focus of our attention.

This third banner was in honor of Tristan Anderson, a California member of the International Solidarity Movement who was severely and permanently wounded when participating in a riot to protest the security fence in Ni’ilin, Samaria, on March 13, 2009.  The International Solidarity Movement describes itself as a “non-violent,” “direct action” organization committed to “helping the Palestinians resist the occupation of Palestinian lands.”  More on the ISM and Ni’ilin later.

The event associated with Anderson was called “Justice 4 Tristan,” and the banner shows a white dove – the symbol of peace – flying near his name.

“THE JEWISH PEOPLE LIVE” PROVOKES VIOLENCE BY THE “NON-VIOLENT”

In the late afternoon, Channa L., a 22 year-old from a rural part of Washington State, who made Aliyah in 2006 and who completed her IDF service in January, came to Ogawa Park.  Channa told The Jewish Press that she knew there were going to be some anti-Israel events happening there, and she went with a friend, Daniel Wencel, to see what it was about.

Channa met Wencel and his son when she volunteered in Israel on a Sar-El program.  It was then that she fell in love with the country, and after signing on for a second three week session, Channa decided she would make Aliyah.  After completing her military service, during which she served in a combat intelligence unit, Channa came back to the States for a visit with her family and her friends, including the Wencels.

After arriving at the Park on Wednesday afternoon, Channa told The Jewish Press, she went up to several people and asked them about what they were doing, and why they were doing it.

“It was so strange – they didn’t even want to talk about it, they just kept telling me to ‘Google’ it,” Channa said. “It was as if they weren’t interested in educating anyone, maybe even themselves,” she continued, “it was almost as if they knew it was just propaganda and didn’t want to get involved with someone who might have different information.”

“They didn’t have a peaceful message,” she continued.  “When someone told me they wanted to ‘tear down the state,’ and I asked, ‘what state?’ they told me to ‘Google’ that also.”  Channa’s conclusion was that all they were interested in was demonizing Israel and Israeli soldiers. 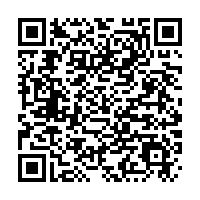